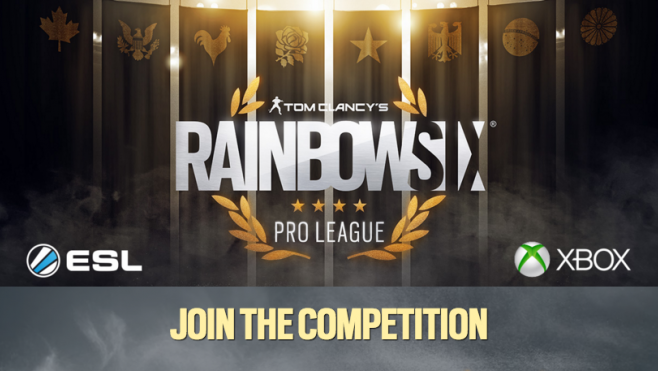 The studio announced today via press release that Tom Clancy’s Rainbow Six Pro League will begin this March and feature a prize pool of $100,000, supporting tournaments in both North America and Europe on Xbox One and PC. Season One will premier at the Intel Extreme Masters in Katowice, Poland on March 4 with eight matches in the European PC competition. More tournaments, including North American and Xbox One gameplay, will take place in the following weeks.

Season Finals will feature the top placing European and North American teams in a $50,000 tournament on both Xbox One and PC.

Details on the program and qualifiers are up at Rainbow6.com/ProLeague and teams can already start practicing in weekly cups at Play.ESLGaming.com/RainbowSix.

With teams of five facing off in elimination-style, objective-based game modes, Rainbow Six Siege could make for a pretty successful eSport. We’d love to see it featured in properly sponsored tournaments and events and can’t wait to see what Ubisoft Montreal will make of the just-announced Pro League.