While we posted about the intial UFC 4 fighter ratings for the first batch (50-41), we now have the list for the rest in one go! This is from 40-21, since we’re expecting EA to reveal the top 20 or top 10 in a much grander fashion. 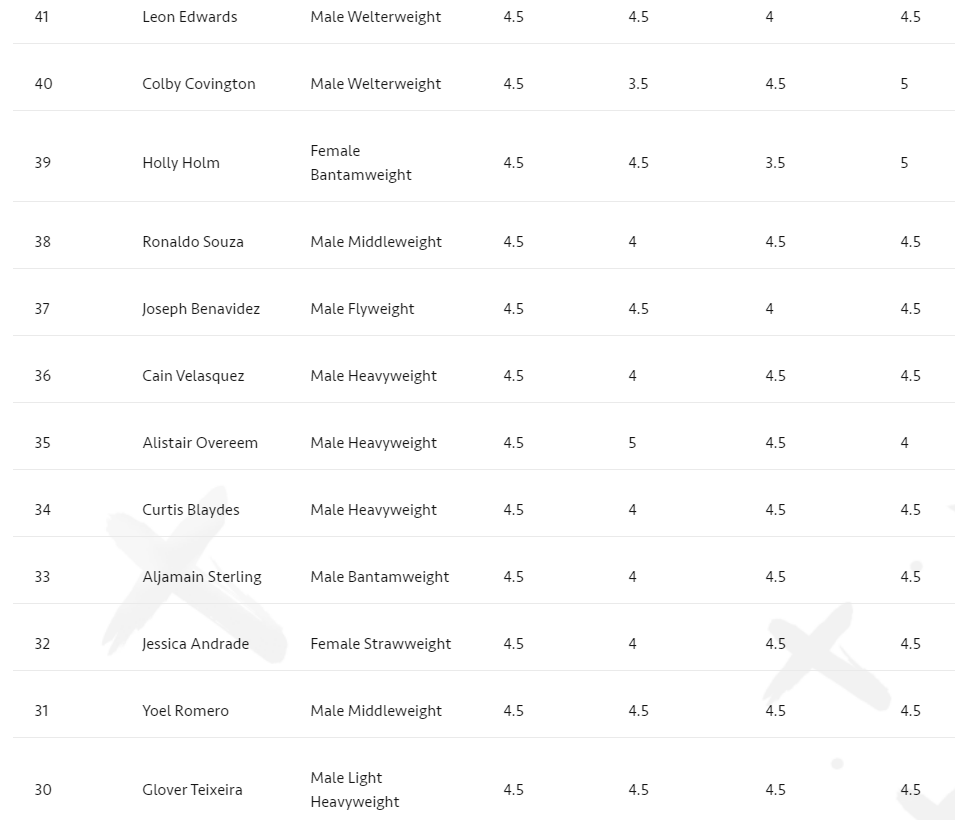 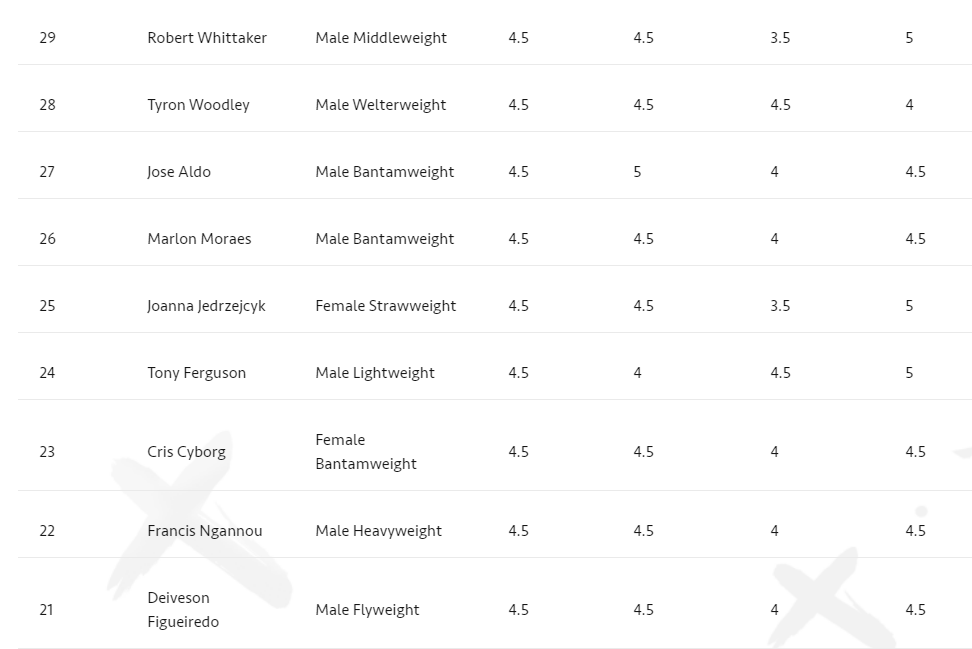 Once we get to the top 20, we’ll let our readers know. Don’t forget to check out the new Career Mode shown off in a new video. Speaking of fighter ratings, EA has announced that former champ Daniel Cormier would be the one to tinker with fighter ratings after every major event!

Here are some of the gameplay improvements players can expect from this new UFC fighting game:

UFC 4 is grappling its way out this August 14 on the PS4 and Xbox One.