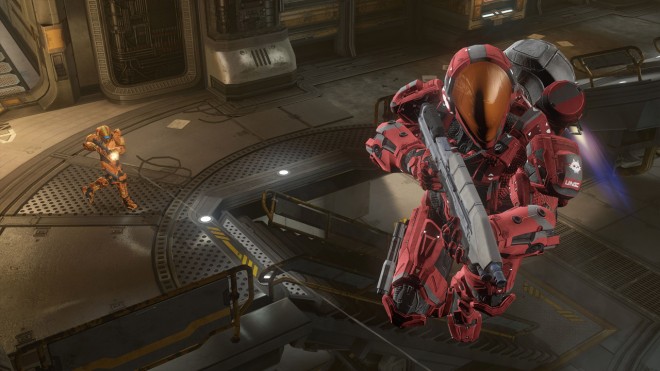 Neogaf community member, Nowise10 has allegedly stumbled upon a few goodies in Halo 4 in the form of two unreleased armor abilities that didn’t quite make the cut when Halo 4 went gold.

The armor abilities in question are none other then Hacker and Teleport. The former allows the person who uses the ability to cancel and disable any other armor ability in use by enemies such as the jet packs and turrets. As for the latter Teleport ability, it allows the player to simply teleport a short distance in the direction that they’re facing.

Having coded them into the game, this user in the video below was able to see what Hacker and Teleport are all about. According to the captured footage, the Teleport armor ability seems to be bugged and can randomly kill the person who uses the ability at any given time. See them in action right here.

Currently, there is no official word regarding why these armor abilities were cut and if we will ever see them in a future update to Halo 4.

Would you replace any of your current armor abilities with Hacker or Teleport, had they been released? Let us know in the comment section below!

Dead Space 3 Demo Gets a Release Date, Will Include Co-op

Diablo 3’s Team Deathmatch Gets Scrapped, Dueling Still a Go in Next Update