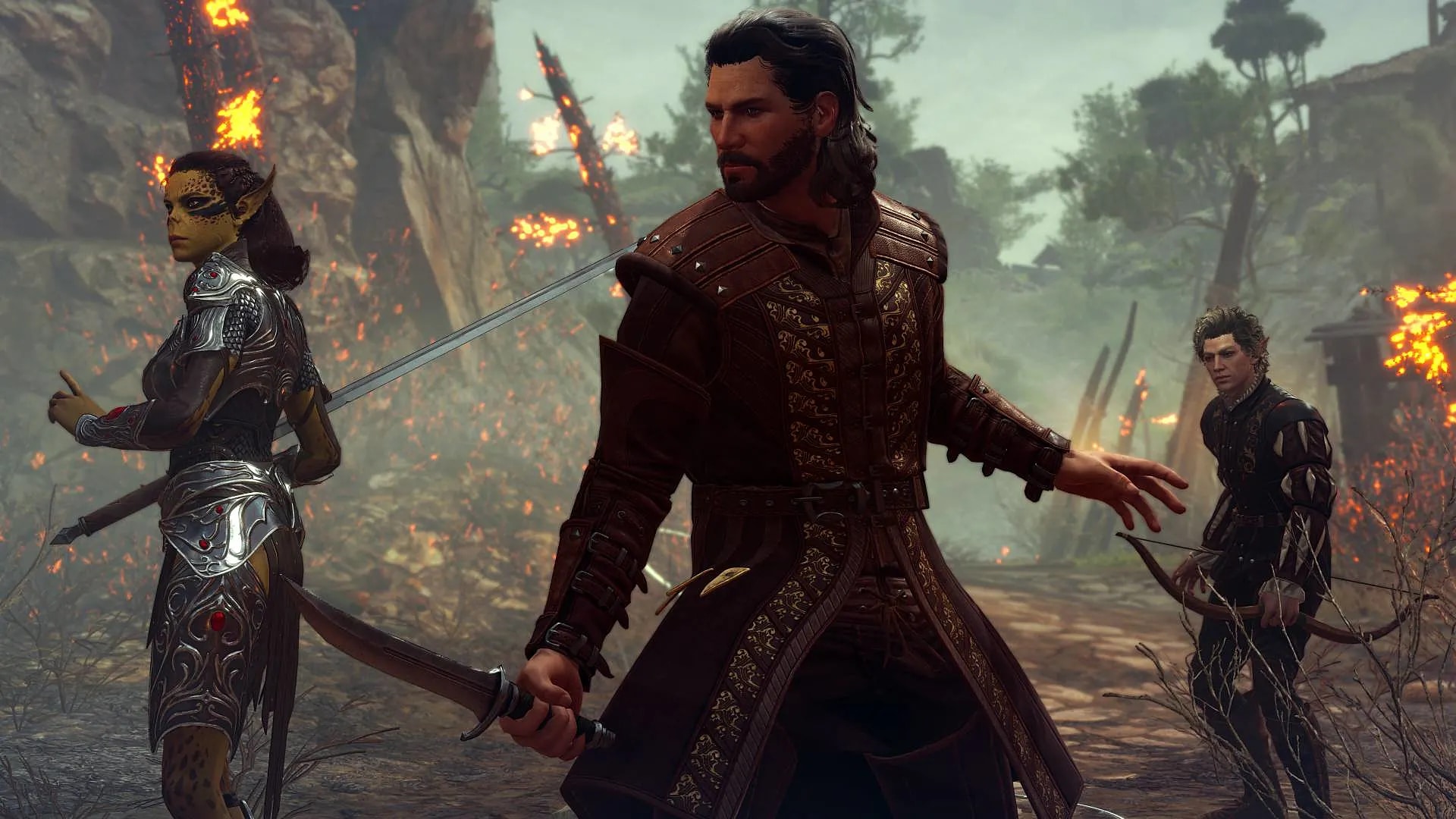 As revealed during their recent Panel From Hell live stream, Larian Studios showcased some of the new features coming to Baldur’s Gates 3 in the upcoming Patch #5 update. Down below you’ll find the highlights of the stream, and of course the stream itself to see it all in action.

The Active Roll System
During skill checks, rather than leaving you at the mercy of the RNG gods during skill checks, in Patch 5 we have ensured players now have much more agency. Active Roll gives players the ability to swing the odds in their favour by applying spells and bonuses to their rolls. Additionally, players can now see their modifiers and status effects happen directly within the UI, rather than being calculated in the background.

Background Goals
Players have always been able to select a ‘Background’ at the Character Creation screen – Folk Hero, Acolyte, Urchin, and so on. Now every character will have their own series of secret miniquests based on these roles, called Background Goals. So, whenever a Folk Hero does something Folksy and Heroic or an Urchin does something Urchiny, they’ll be rewarded. It’s a new way to encourage role playing, with players directly benefiting from acting as their character would in any given scenario.

Camp Supplies
Camp Resources are a new feature that will make you think a little more strategically about when to activate a Long Rest. Now in order to make camp, you first need supplies. You know all the food and scraps you find around Baldur’s Gate 3? Well from now one, you’ll need that to set up for a full rest. Finally, a use for your giant hoard of dead fish!
Also coming this patch are Mini Camps, context-dependent environments that offer an alternative to returning to your HQ by the river. From the Chapel near the Ravaged Beach to the Underdark, we’ve recreated every landmark as its own isolated location that can be accessed when you’re ready to hunker down for your Long Rest.

We’ve given the AI a serious tune-up, with enemies now being far more intelligent and resourceful than before. Watch as unarmed enemies pick up discarded weapons! Gasp at a group of goblins tossing health potions to each other! Wonder as your NPC companions make sensible, self-preserving decisions!
There are a huge number of other improvements we’ve made for Patch 5, including Non-Lethal Attack Mode, old-school point and click dialogue, and some very intriguing new story content around a certain party member…

As always, if you are playing on Patch #4 or earlier, your saves will be incompatible with the new update. So fi you wish to continue playing your current save, you will need to be sure you stick with the old branch build, otherwise you run the risk of losing your saves entirely. Steps to keeping your old saves can be found below.

How to keep playing on Baldur’s Gate 3 Patch #4 or earlier:

As always, we will have the full patch notes available here on the site once it goes live on July 13, so stay tuned!