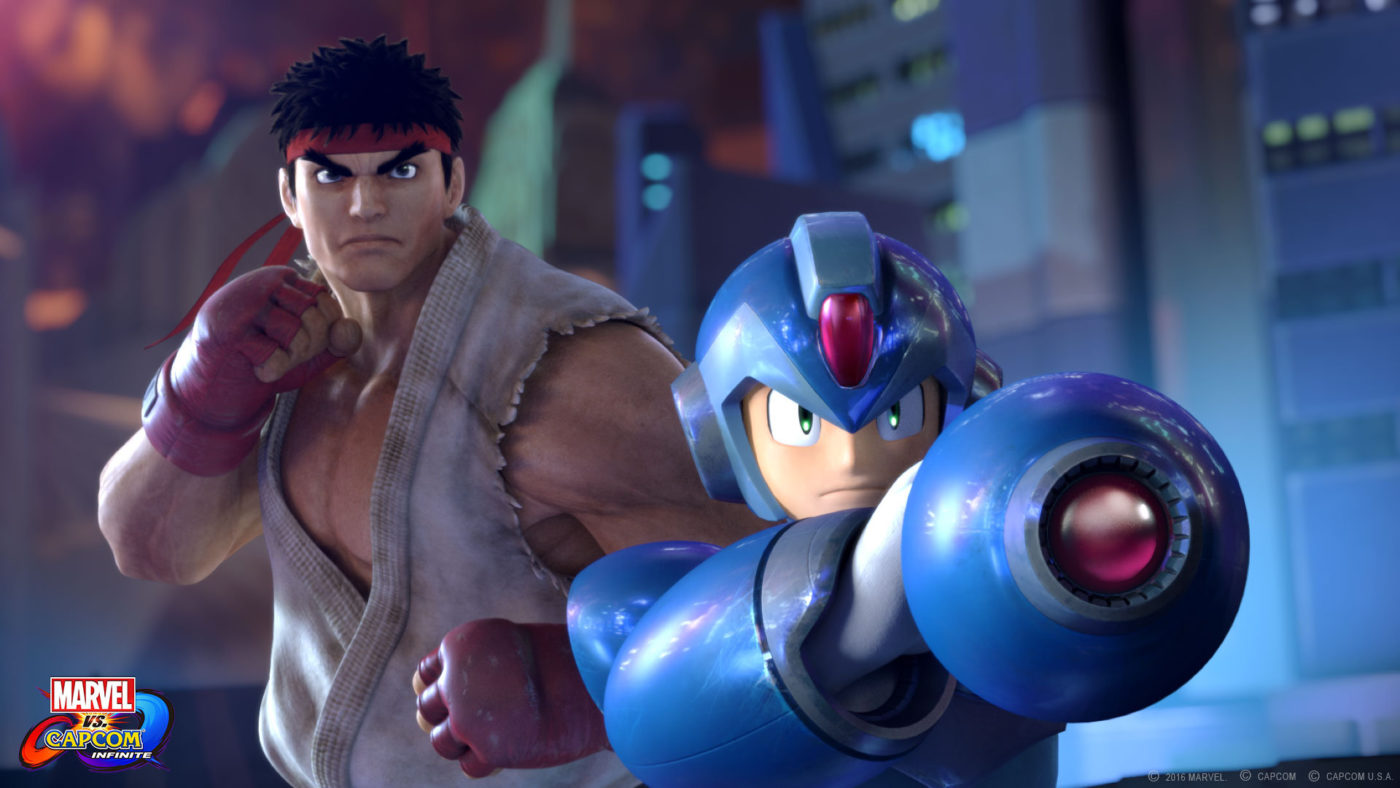 A new patch for Marvel vs. Capcom: Infinite will be available from December 5. This update includes a huge list of fighter tweaks, as well as balance changes to the Infinity Stones.

There’s an enormous list of patch notes, so we’d advised using the “Find” function and searching your main character/s to easily find their section.

Hold on tight, and read on for the full list of upcoming changes:

– Lengthened time needed for the projectile to start homing

– Gradually reduced hit stun on block from startup – max. of 12F to min. of 6F

– Can roll forward/backwards after crumpling

– Crumple – A unique form of knockdown that affects a character upon landing on the ground after being hit in the air by certain moves (i.e. Hadoken)

– Fixed bug causing the minimum value to become 16 when damage scaling, etc. causes the anti-recovery value to be reduced to 0.

– Fixes issue where combos become easier after damage scaling is maxed out.

– When piercing-projectile specials are cancelled out, their hitboxes now remain, but opponents are not affected by hit stun.

– Changed Advancing Guard so that if a player is in block animation continuously for 300F from the first blocked hit, using advancing guard on a projectile will push the opponent away.

– Off the Ground (OTG) Relaunch Attacks:

Frank: How to Use HP (includes air version)

– Changed minimum value of gravity for air block (whiff) to match that of falling from a normal jump.

– Changed so that jump count is not reset after Wall Jump

– Fixed a bug that caused certain characters to go off-screen when performing Wall Cling while captured by the Space Stone and the opponent retreats to the opposite wall.

– Fixed a bug that caused background music to stop when too many special effects overlap.

– Fixed a bug that caused matches to end in a draw regardless of actual result when Fight Request is ON in Training Mode, and a shortcut is used to Restart during the frames before the “Here Comes a New Challenger” message appears.

– Made it easier for players ranked 5th and above to match with other players.

– When an opponent has been hit by three special “grab” projectiles in a single combo, they will automatically be affected by a spiral hit stun, causing them to be invincible and sent into the air.

Fixed a bug that allowed such combos to be continued by hitting the opponent with attack throws (ex: Jedah’s Sangue Sacrificale)

– Final Judgment: Removed projectile damage box so that this attack is not cancelled out by certain projectiles like beams.

– Binary Ignition: Fixed a bug that causd health to decrease during grab sequence and damage animation.

– When transitioning into these moves, Dante will no longer turn to face the opponent:

– Changed hitboxes so that they gradually increase in size, rather than instantly appearing at full size

– Rain Storm (J2HK): Can only be activated in the air once

– Projectile does not disappear even if cancelled out

– Shotgun (used after Combination Punch): Increased damage from 500 to 600

– JLP (Lv1-3), JHP (Lv3): Fixed a bug that caused Frank to stay suspended when mashing one of these moves after cancelling into one of them from a move that causes Frank to be suspended in air.

– Giant Swing (LK/HK): Fixed a bug that caused the zombie’s action not to be cancelled when hit by Thor’s Mighty Punish while performing Giant Swing.

– Flames of the Faltine: Fixed a bug that caused all Flames to disappear when there are 2 or more on screen, and one is cancelled out.

– Eye of Agamotto: Increased unrecoverable hit stun value from 16 to 24.

– Raijinshou: Decreased invincibility from 9F after black screen to 1F

– Super Nova: Changed unrecoverable hit stun value from 16 to 255 on all hits except the last.

– Increased unrecoverable hit stun value from 16 to 50 during rushdown

– Increased hit stop on projectile throw from 0F to 6F

– Hand Bomb (LK): Revised an issue caused during situaions such as being reflected by Advancing Guard where the bomb would not be affected by gravity and fly off the screen.

– 5HP: Changed so that the attack will activate when other projectiles hit

– Dark Dimension: Removed hit box that was around Dormammu’s back

– Dodge: Fixed bug that caused Monster Hunter to dodge in the opposite direction of what was input after certain situations like hitting an opponent who is in the air with Draw Slash at close range, etc.

What do you think of this upcoming update? Are you  happy about the incoming fighter tweaks? Let us know below.