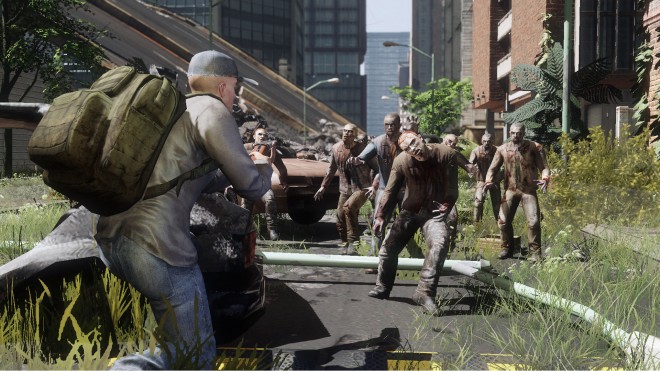 Announced just last month, War Z is an Open World MMO Survival title that takes place during the zombie apocalypse. Not to be confused with Arma’s II DayZ Mod, War Z is a completely new adventure and developed by a new and entirely different developer, Hammerpoint Interactive. The game is set to release this Fall, exclusively for PC at a price of $30.

“It’s been five years since the outbreak; leaving in its wake a post-apocalyptic nightmare with ninety-five percent of the human population gone. In order to stay alive, you will need food, weapons, and other supplies. Some of you will be able to scavenge as you navigate the terrain, others will be forced to fight for survival as you encounter zombies and other players. Every decision will have an impact on whether you live or how quickly you die.”

“Survival Horror MMO that immerses players in a zombie-infested, post-apocalyptic world in which a viral outbreak has decimated the human population leaving, in its wake, a nightmare of epic proportion.”

Some of the features listed by PCGamer include:

Additionally there also won’t be any level caps, stats caps or class restriction as the goal of the WarZ is survival.

For those who are interested in participating in the closed Beta, you can join in by visiting the official beta pre-order page.

Counter-Strike: GO Beta Gets an Update, Beta Invites Next Week for Those Who Pre-Purchase