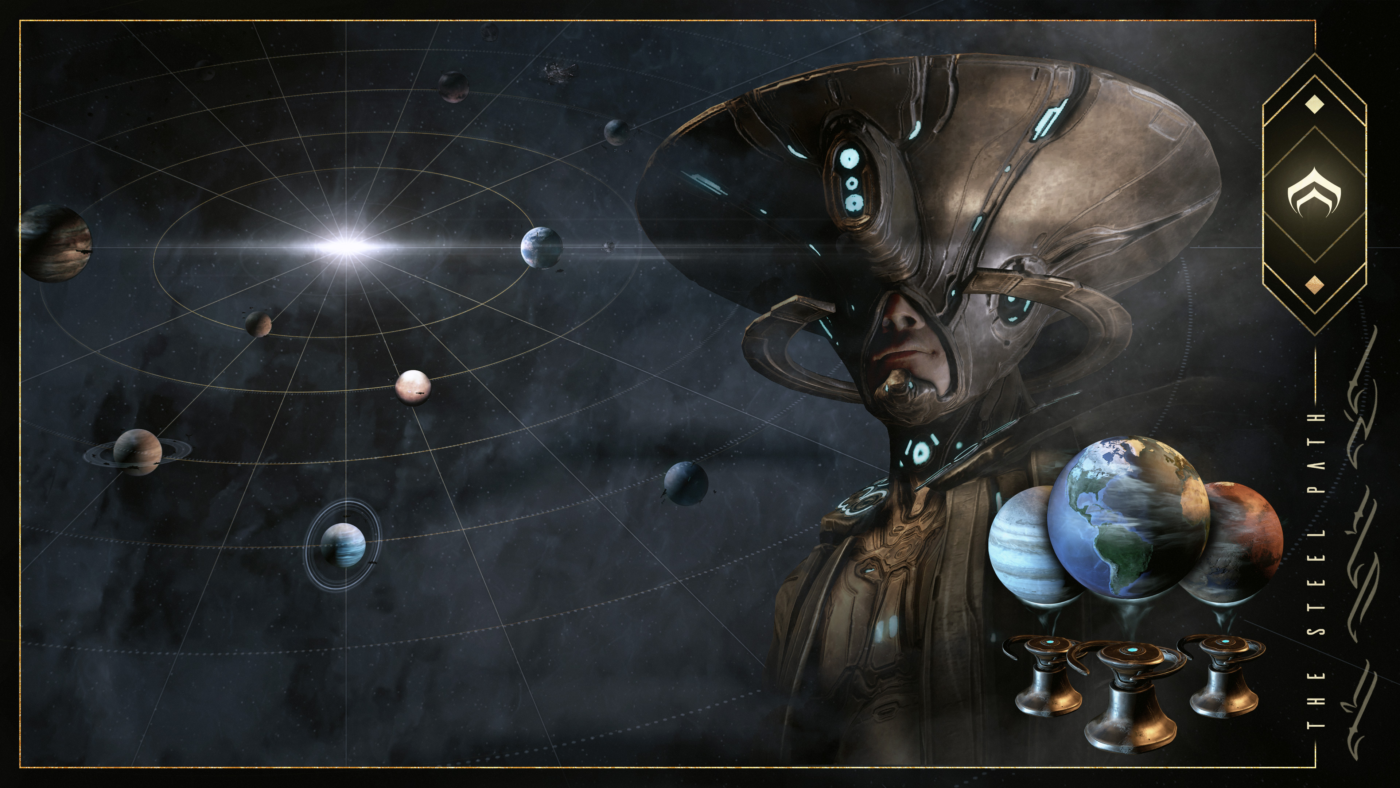 Officially dubbed as “The Steel Path,” Digital Extremes has revealed that Warframe hard mode will begin it’s testing this weekend for invited players.

The Steel Path will be introducing new difficulty modes to Warframe that will give players the opportunity to replay both old and newer content, only at a far higher challenge. For now, they are running some public clusters and have opened up to inviting at least 1000 PC players. Steam will be required to participate in this round of clusters, and for those interested in participating you can do so by visiting this link: Public Test Cluster: Opt-in Key Lottery #2!

The Warframe hard mode was first announced early last month and has since then received several teases of it’s launch being near. With public testings now starting, chances are we will see the release of The Steel Path within the next few months. Of course, console players will eventually see this update, most likely shortly after it’s PC release. We’ll be sure to keep tabs on it’s development, but in the meantime, PC players be sure to sign-up for your chance to participate in the public cluster.