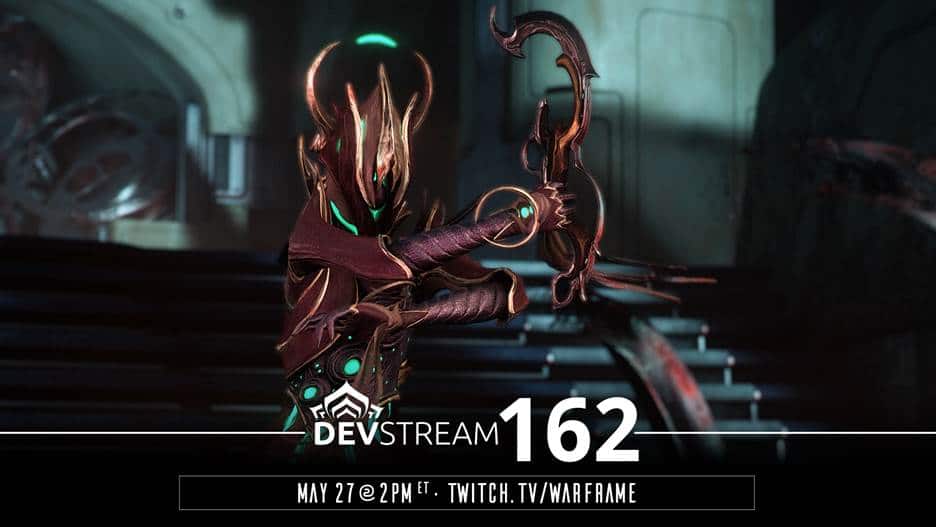 Digital Extremes has dated the Warframe next dev livestream for this Friday, May 27, and with it some important information on the game’s next big update. Called “Echoes of the Zariman,” the update will bring new weapons and improvements to the recently released Angels of the Zariman expansion. In addition, the publisher will also be sharing more details on the upcoming TennoCon 2022 coming this July.

Here’s a rundown of everything you can expect from the next dev livestream for Warframe:

Digital Extremes invites Warframe players, press, and community to its fourth and final Devstream of the quarter as the developer and publisher takes viewers on a tour of upcoming improvements and gameplay enhancements launching with Echoes of the Zariman, an update to the recently released Angels of the Zariman expansion coming soon. Devstream viewers can expect a substantial update on what’s launching with Echoes of the Zariman, including a first look at new cosmetics, weapons, and overall improvements to the Angels of the Zariman gameplay experience that addresses player and community feedback. With Digital Extremes’ annual TennoCon Warframe celebration on the horizon, taking place digitally across multiple streaming platforms on July 16, Devstream 162 viewers will also receive a small update on what to expect from the digital event and will even get a sneak peek at some of TennoCon’s digital offerings to players. Viewers will also be treated to Twitch Drops and other giveaways and can earn a Veiled Riven Cipher by linking their account and tuning in.

The livestream will be aired at the following times on YouTube and Twitch:

Stay tuned here at MP1st for a rundown of everything announced in the livestream! In case you missed it, Digital Extremes also recently filed a trademark for something called “Soulframe,” and you can read more about it here.

Halo Infinite May 25 Update Out for Lone Wolves Fixes, Here Are the Patch Notes