Saber Interactive have revealed the next set of free content that’ll be releasing sometimes next month in a new World War Z roadmap update. Titled “Proving Grounds,” this free content update is set to introduce a number of new goodies, most which will be free. The first and major set of changes is the introduction of a new weekly challenge mode that’ll give players the opportunity to earn challenge coins to spend on the new cosmetics and gear releasing  with this update.

You can see the updated roadmap, which also lists the introduction of paid DLC (confirmed early this month). These paid DLC will not offer any pay to win mechanics and will solely be weapons cosmetics. 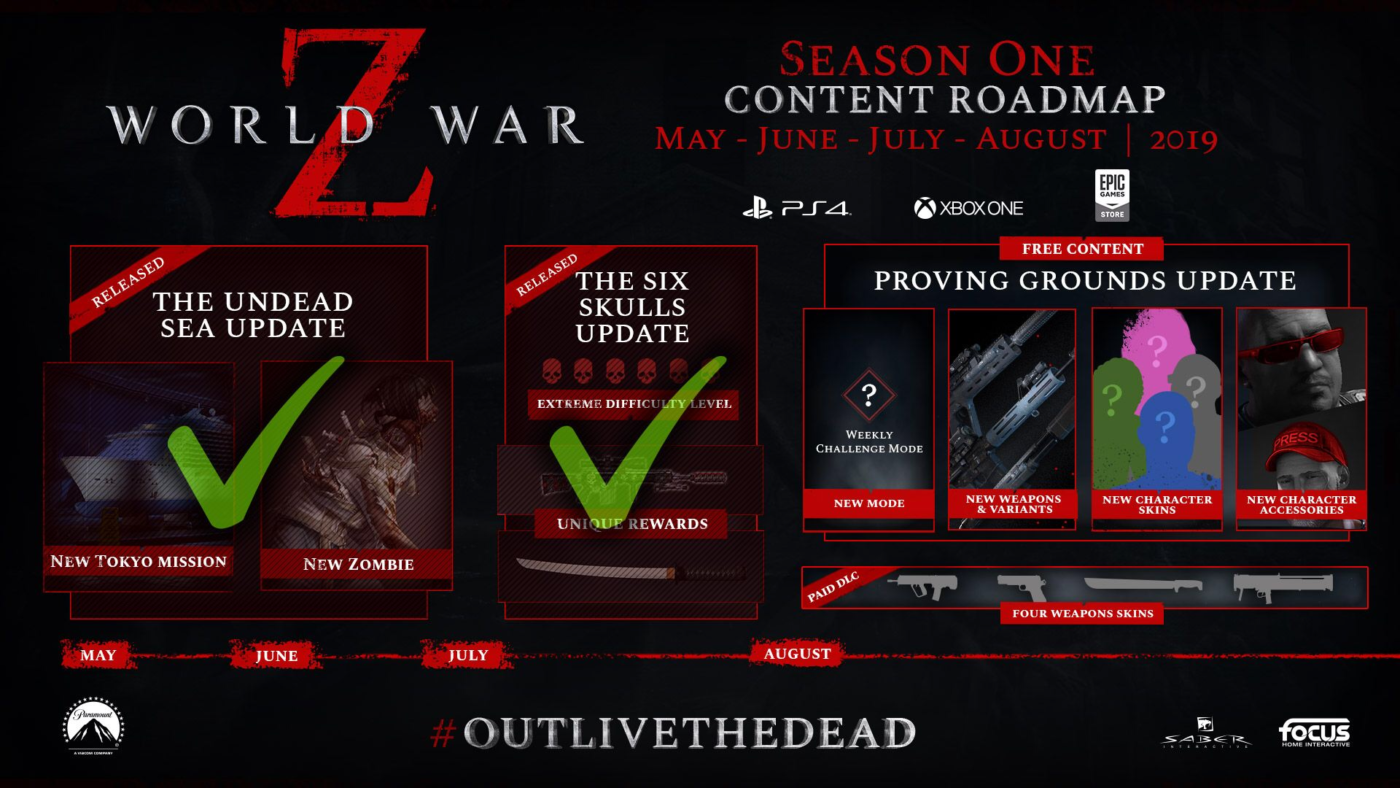 Down below is also just some of the expected challenges to appear throughout August.

Map: Japan, Final Call
Mutators:
I Feel Your Pain – All damage is redirected to one player. When he dies the game is over.
Instadeath – No downed state (you die immediately when you run out of health).
Small Pharma – No Medkits.

This update will be the last for season 1, with season 2 introducing even more content such as a Horde mode.

In related WWZ news, over the course of the last weeks, Saber have been slowly publishing some in-game stats collected from season 1, revealing various in game details such as most used class, total play time, kills, ect. You can view all the images down below, which we compiled into a single one.

Are you guys excited to jump back into World War Z? I know I am as I have taken a bit of a break from the title, seeing that content was running dry these weekly challenges and new unlocks should no doubt breath some more life into the game. Season 2 is also looking promising with the announcement of horde mode finally arriving whenever the season is do the drop.

For more on World War Z, make sure to check out the Jerusalem glitch tutorials with one helping you save players in chapter 3, while the other helps you complete it in Six Skulls difficulty mode.