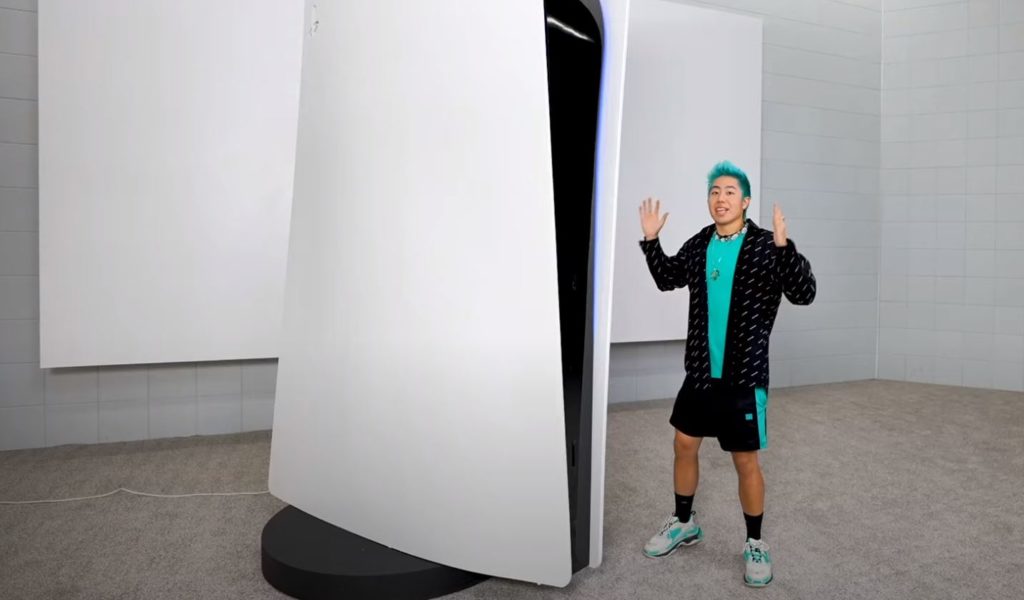 Don’t let the headline fool you — Someone actually had the time and patience to build what is being called the World’s Largest PS5 system ever, as YouTuber and Comic Book Artist Zachary Hsieh aka ZHC has built a 500 pound, 10 feet tall PlayStation 5 system!

As reported by VGC and featured in the artist’s own YouTube channel with a video that runs at over 15 minutes, ZHC shows off his greatest creation yet — which took him and a team of artists four months to build from the ground up.

ZHC went on to describe that the system is not only tall… It actually works and plays games!

“This enormous PlayStation 5 is literally 100 times larger than a regular one and the craziest thing is that [it] actually works.”

In addition to creating this dream project of an XL next gen console, ZHC has promised to give away a batch of 20 PS5s to children in need and random subscribers of his channel. The artist is also putting his masterpiece of a creation up for grabs to one of his subscribers — provided he loses a challenge that sees him face off against five other artists. How that turns out and if the big console will indeed be given away remains to be seen.

In related PS5 news, a scalper group called The Lab doesn’t feel that the bad press against them hoarding the consoles is justified.