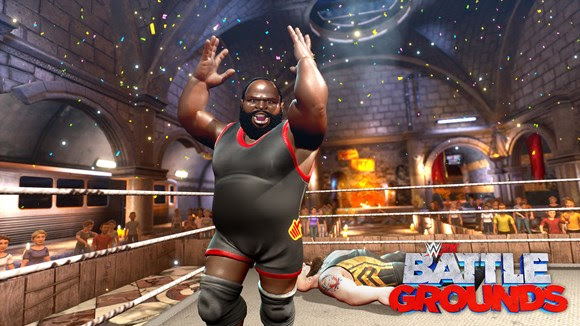 Here’s what 2K Games announced via the press release:

The following WWE Superstars, Legends and Hall of Famers, as well as a new arena, are currently scheduled to appear in WWE 2K Battlegrounds via automatic updates, with some content requiring unlocking**:

Get ready! The next crop of #WWE2KBattlegrounds DLC Superstars is heading your way! 🤩 pic.twitter.com/83hvrkWoxt

In addition to the roster update, WWE 2K Battlegrounds will feature a Royal Rumble celebration. Fans who tune-in to the Royal Rumble broadcast on January 31 will see a bonus locker code redeemable for 500 Golden Bucks***, which can be used to purchase in-game content, including the new Royal Rumble Pack featuring The Rock, Becky Lynch, and Stone Cold Steve Austin. The locker code is redeemable until February 14, 2021.

If you haven’t picked the game up yet, make sure to read our review where we state, “fans of the WWE universe will probably find this to be a good time killer. Sure, I enjoyed this a whole lot more than last year’s release, there just isn’t enough here to really say this is a good replacement.”