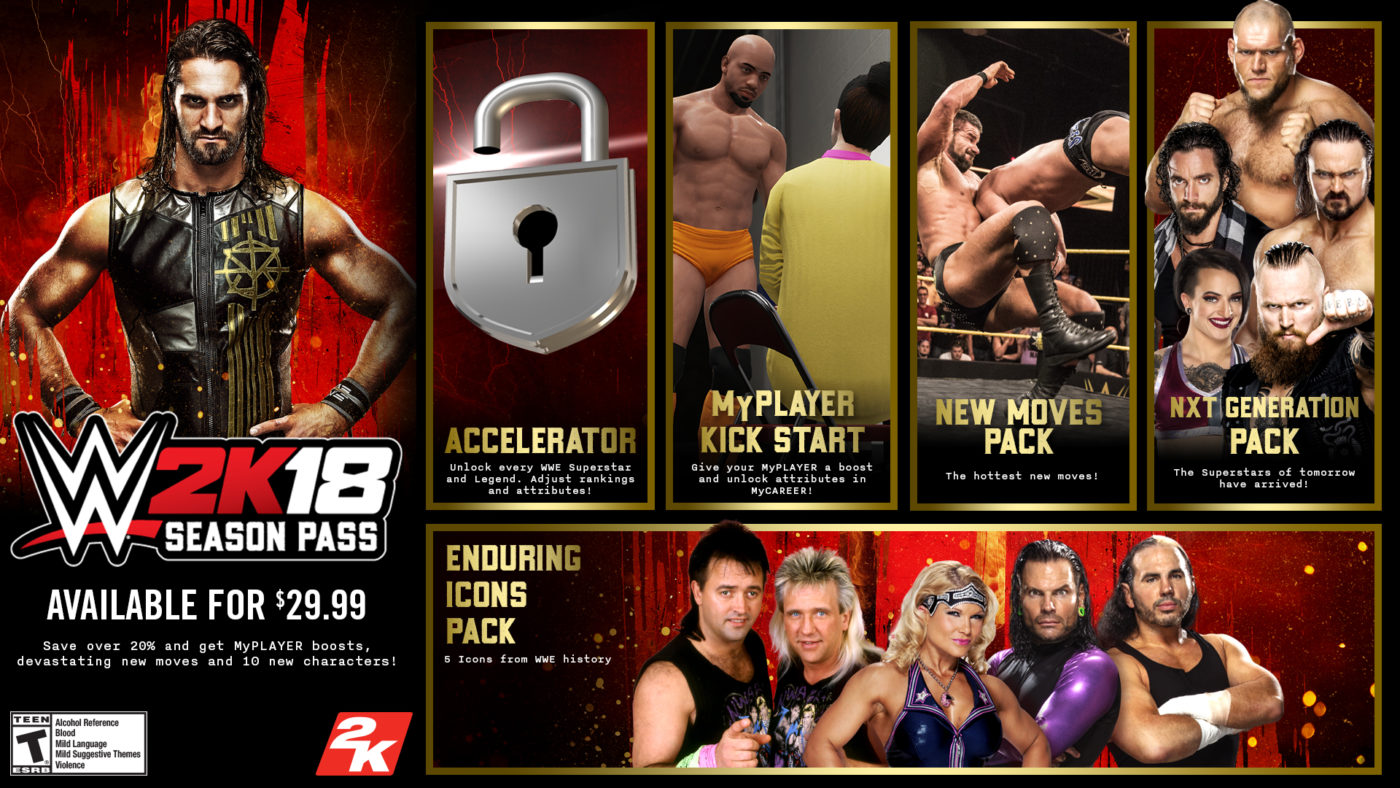 2K has revealed details on WWE 2K18 DLC and a season pass. Following the game’s release on October 17 (early access October 13), DLC will start to be added to the game in “late 2017.” Content will continue to be added until early 2018.

All DLC will be available on PlayStation 4, Xbox One, PC and Nintendo Switch.

For players who want to go all-in, the WWE 2K18 season pass, priced at $29.99, will offer a saving of more than 20% when compared to buying the DLCs separately.

WWE 2K18 will release worldwide on October 17 for PlayStation 4, Xbox One and PC, with Nintendo Switch release coming Fall 2017. For gamers who have purchased the WWE 2K18 Cena (Nuff) Edition or Deluxe Edition from a partaking retailer, will gain early access allowing you to play four days earlier on October 13.

Click here to get caught up on the WWE 2K18 MyCareer mode new features and changes.