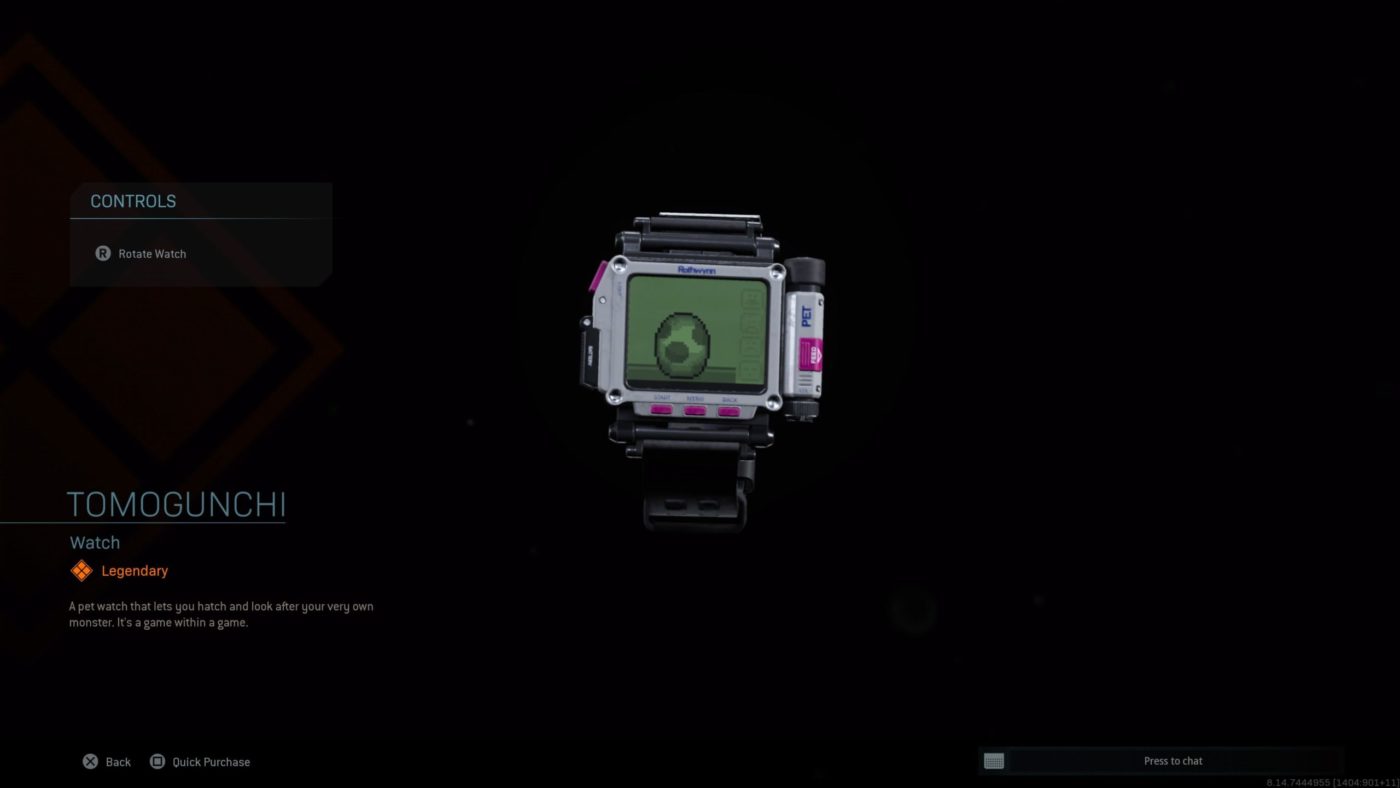 Back last year, we reported that Call of Duty: Modern Warfare will feature a tamagotchi-like in-game watch for your Operator that you have to feed with in-game kills. Well, after months of the game being out, Infinity Ward has finally released the Modern Warfare tamagotchi watch for a price (as one might expect).

Called the “Tomogunchi,” players can buy the bundle that comes with Calling Cards and other cosmetic items for 1,000 COD Points or $10 in real-world currency. And before you ask, nope, you can’t buy the Modern Warfare tamagotchi watch by itself (as intended, I’m sure).

The full contents of the Tomogunchi bundle can be seen below: 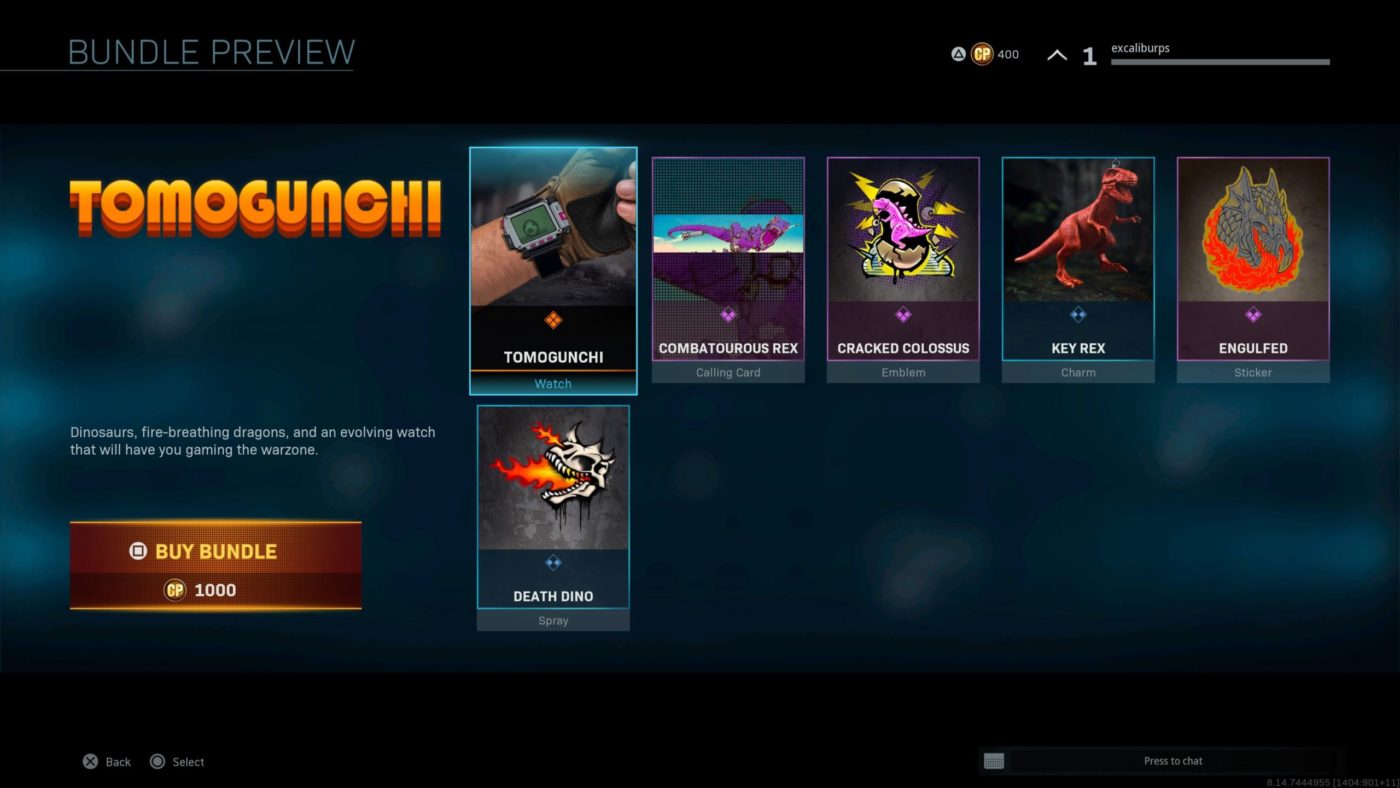 I don’t know about you, but $10 just for an in-game watch is a bit steep. Of course, you are getting more than that, but if you just want the watch, you sadly can’t buy it standalone.

Will you be getting the Tomogunchi bundle or would you rather spend your money on the Battle Pass or other cosmetics?