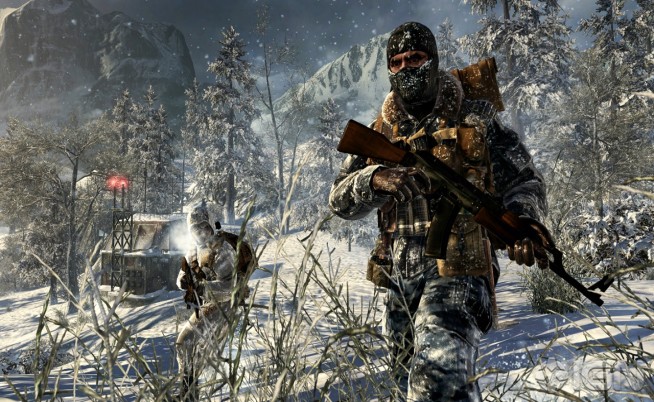 Recently, David Vonderhaar, Game Design Director at Treyarch, opened up a dialogue with fans revealing what kind of thinking goes into developing a Call of Duty game.

It goes without saying that the Call of Duty franchise has millions of players who play online, 0ver 30 million, to be more accurate. With as much praise as these developers are receiving for building such a popular game, there is most likely an equal if not greater amount of criticism they must face every day. With this many CoD fans, there is bound to be more than a few who are likely to share what they think the game should be like, legitimate or not, in an extremely vocal matter, negative or positive. Vonderhaar, who recently directed last year’s Black Ops, admits that when building a CoD game, it takes much more than just implementing what the fans want.

Vonderhaar put it very nicely while quoting Henry Ford: “If I had asked people what they wanted, they would have said faster horses.” Simply put, fans don’t always know exactly what they want. It’s the job of developers to figure out precisely what they are trying to express. Vonderhaar states, “I always ask you what you want and the problems you have so I can always put in context. And I always will.” He continued, “if we aren’t trying every day to give you the thing you don’t yet know you want, then I don’t deserve this job.” It sounds like a daunting task, but Vonderhaar believes in innovation.

If we are to be completely honest here, we know what a good number of Call of Duty fans always “say” they want the “next” CoD to be like: Call of Duty 4: Modern Warfare. “COD4 was a great game; we stand on the shoulders of giants. Some of you want to relive that,” said Vonderhaar. However, he truthfully added that “it would be neither innovation or evolution.” It can be speculated that the reason why fans request such a thing is because for many, CoD4 was their “first” CoD experience. Your first experience in almost anything tends to be the most memorable. However, Voderhaar reminds us that “you can make new ‘firsts’ and if don’t go for that as hard as possible then we shouldn’t be here.”

While the Call of Duty franchise has been criticized recently for lacking innovation, Vonderhaar assures us that, “as a game maker, a re-make or a do-over doesn’t inspire me. We must have have bigger goals than solving a few design flaws.” Could Treyarch’s next game be a step in the right direction, breaking the series free of being labeled as simple “re-skins” of past titles? Let us know what you think in the comments below!