I’ve been a huge fan of Mortal Kombat since the original arcade release. Growing up and having followed it over the years and various iterations has been great. We have seen some great entries in the franchise since as the team has grown and improved. We have also seen a few missteps as well, but from every mistake comes growth.  So with MK finally hitting its 11th entry in the series, is there another success from Ed Boon and NetherRealm Studios? I’d say that’s mostly a huge yes.

Once again the combatants of Earth find themselves in the middle of a war, this time involving time. A evil villain known as Kronika has come to change the balance. In doing so we get a story that is told extremely well with plenty of surprises. This is one of the best story modes in any fighting game yet and shows NetherRealm studios are experts at this point. No major spoilers from this review, but it’s a fantastic experience that will last around six hours for most.

Mortal Kombat has always made itself known as THE bloody fighter to play. Many others have tried to imitate it, but nothing really compares. Though it hasn’t always been known for having the smoothest fighting system either.  Over the years this has been changing though. Tracing back from Mk1, MK4, to Deadly Alliance, and to what we have in MK 11, it’s the best fighting the franchise has ever seen. That still comes with the dial-in type combos. If players find this type of combat aggravating, I don’t think there will be a huge change in that consensus.

Once again we get a huge roster filled with fan favorites and newcomers. Featuring a huge assortment of fighting styles and types, there is a character for everyone. This bevy of fighters bleeds into the rest of the game also featuring a wide assortment of modes to play.  Story, Versus, Arcade ladders, Tower of Time, and the Krypt all offer tons of content to experience and unlock along with gear, loot, and extras.

Story mode details the latest plotline of MK 11, while Arcade ladders provide a more simply fighting lineup as per the usually arcade cabinets.  Towers of Time, is a unique mode with lots of challenging combat scenarios. The Krypt offers a third-person exploration on Shang Tsung Island, with traps and other interesting traversal mechanics. There are even minor puzzles here. This mode is honestly refreshing as a great break between battles. It’s unfortunate that both it and the Towers of Time are locked behind an always online connection. The rewards and gear require a connection which is also disappointing. It’s understandable to require online connection for fighting random folks and friends online.  When it comes to single-player aspects, it’s just a shame they went down this route, especially for the portable Nintendo Switch version. 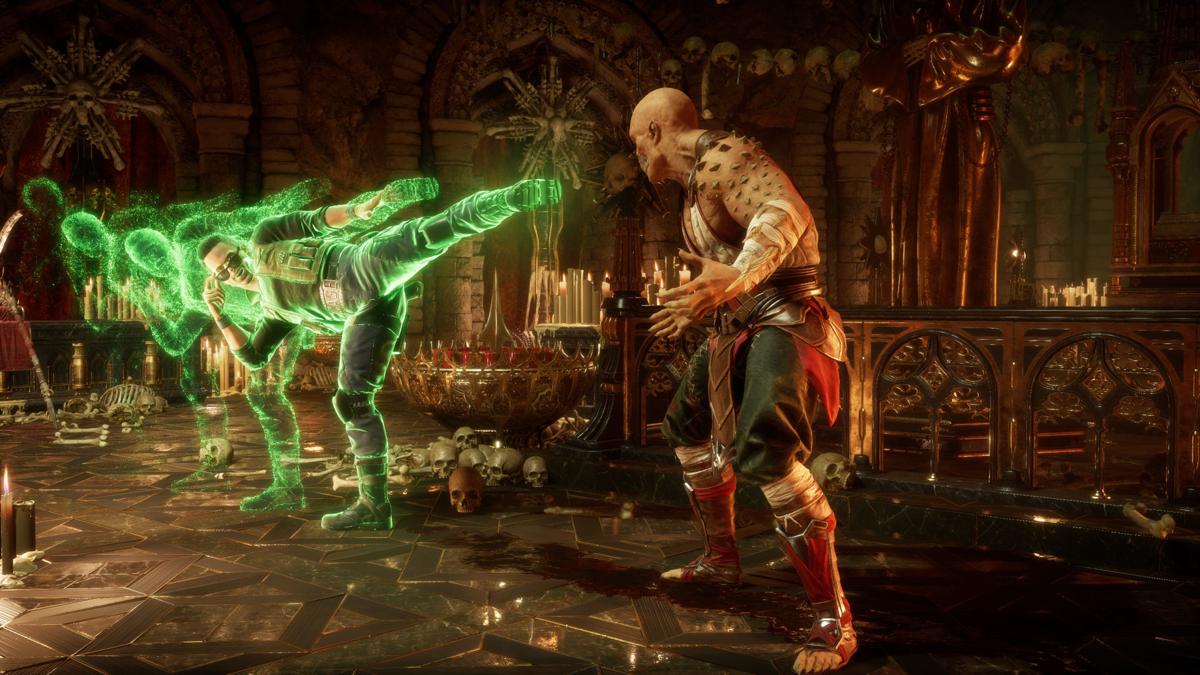 What all these modes have in common is in-game currency that is earned. Between the various modes, performing moves, fatalities, you will see various currencies pop up seemingly everywhere Honestly it’s a bit overwhelming at times and often reminded me of playing a free-to-play mobile title. It’s something I can overlook, but something feels a bit off about it, if I’m being honest.

As far as combat mechanics go, players that experienced MK 9 and 10 will be right at home. If it’s not broken why fix it? While the core combat does feel like a better re-iteration of the prior two releases, it still feels similar in many ways. We also now get more variation in what our fighters can be equipped with. Special abilities can be selected also. The name of the game is variation and MK 11 provides it in bloody chunks everywhere. Fatal Blows are a return of sorts and as nasty as ever seeing character perform moves that would have been considered fatalities in other games. The prior meter for various counters and X-ray moves has been change to two meters that are kept for offensive and defensive moves. All considering there is a ton of information and gameplay mechanics to consider. Luckily there is a very robust tutorial mode that is a great help. 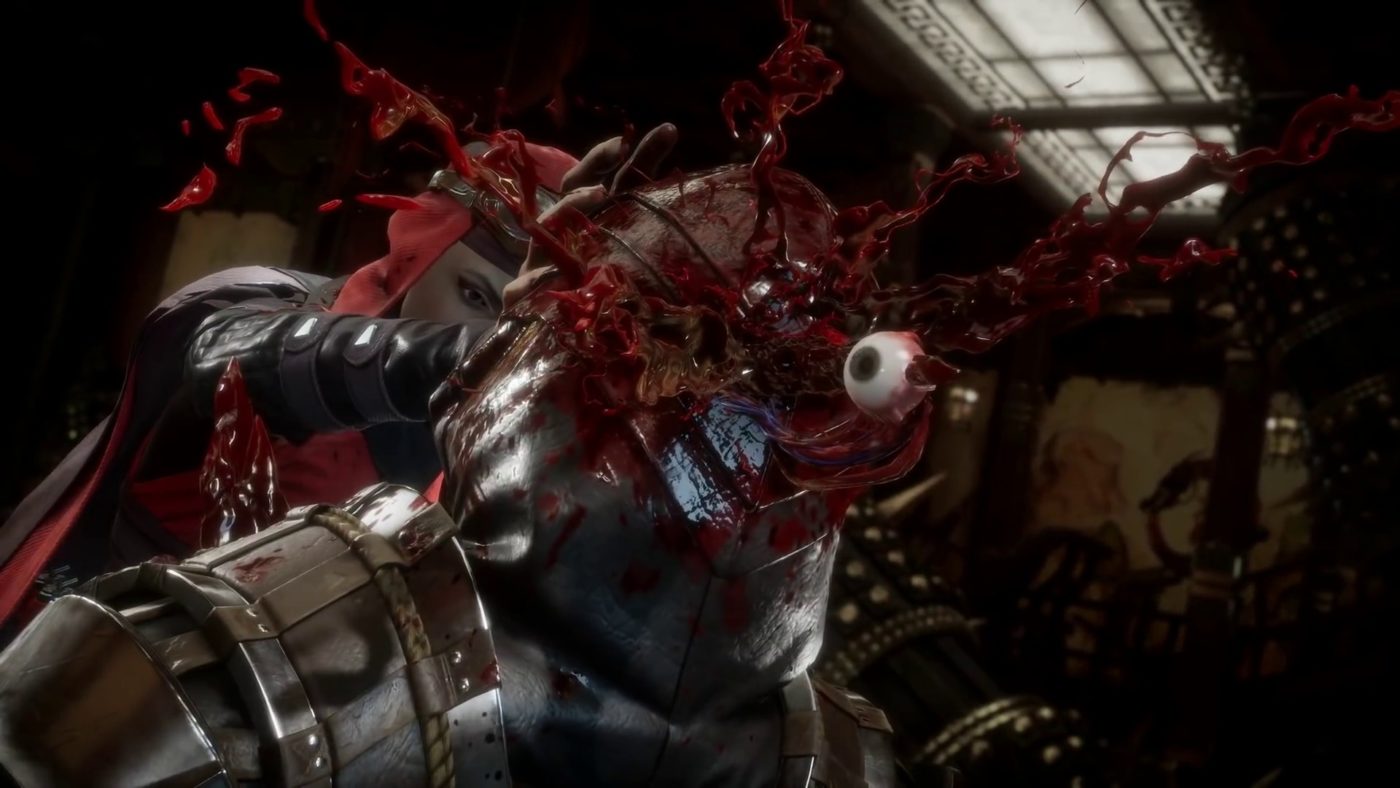 MK11 offers a huge abundance of content so much that most players will be coming back for months to unlock more gear and engage with all the various mode. That said, while MK 11 does so much right, once again a few missteps come into play.

At launch, the game was a bit grind heavy in regards to getting currency for unlocks. The Towers of Time ladders were also proving to be a bit too difficult and cheap. Both of these issues have been alleviated with a recent update, so these concerns are far less troubling than they were a week ago. Good on them for making those changes. The online requirement as mentioned before still just seems really trivial. I understand most folks have internet today, but if for some reason a player not having it (an active ‘net connection) means being locked out of quite a bit of content unfortunately.

MK 11 is a great return for the franchise and could be considered one of the best releases in the franchise’s history. The story beats are fantastic, the visuals are wonderful, and the fatalities are some of the most vivid, creative, and nastiest versions we have seen. Combat continues to improve upon the formula and feels better than ever. The amount of quality content here is absolutely mind blowing at times, with only those small caveats mentioned dinging the experience. MK 11 returns in fine form and the future of the series continues to stay in good hands.

Mortal Kombat 11 review code provided by the publisher.  Battle took place with MK 11  on PS4/Xbox One X/ and Nintendo Switch, with many battles fought, won, and lost. You can read MP1st’s review and scoring policy right here.