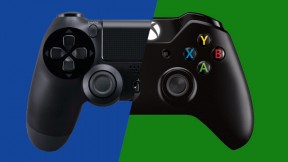 News 0 Remember that post we had about Epic Games’ Fortnite seemingly having cross-play so PlayStation 4 and Xbox One gamers could play against one another? At the time, we weren’t sure if it wasn’t just PC gamers  and not the Xbox One player pool that was being mixed up. Well, apparently, it was. Fortnite had working […]

Report: Fortnite Has Working PS4 and Xbox One Cross-Play? News 0

News 0 While it’s been reported before that PlayStation 4 and Xbox One cross-play has been made to work by some developers, it’s not something that’s going to happen anytime soon..or has it?  On a Reddit post by user PRE_-CISION-_, he reported that he played Fortnite Battle Royale on PS4 and noticed he got killed by a person […]