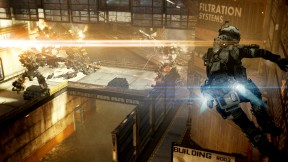 News 2 The content-rich Game Update 4 for Respawn Entertainments and Bluepoint Games’ sci-fi shooter, Titanfall, is heading to Xbox 360 this Monday, July 21, according to an announcement from the studio. Having previously launched on Xbox One and PC, Game Update 4 is packed with new game modes, new Titan Burn Cards, new customization options, matchmaking improvements, and […] 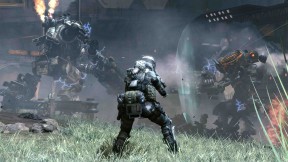 News 10 Titanfall players on the Xbox One and PC are downloading the game’s fourth major update today, but are likely also wondering what happened to the other game mode that was supposed to make an appearance in addition to the new Pilot-centric mode, Marked for Death. As we mentioned in our Game Update 4 preview, developer […]