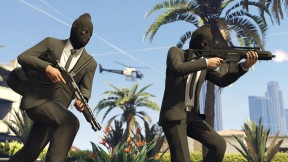 News 6 Finally, Rockstar Games is talking about the four-player online co-operative mode that has been promised for Grand Theft Auto Online for quite some time now. Heists have been officially revealed and are coming to GTA Online in early 2015. No, an exact date still doesn’t appear to be locked down, but it’s coming, and there’s a new trailer […] 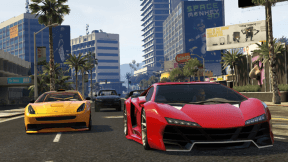 News 15 If you have more money than you know what to do with in GTA Online and not enough vehicles, storage, or properties to spend it on, you’ll definitely want to keep an eye out for these upcoming GTA Online Updates. This Spring, GTA Online’s High Life Update will allow players to own multiple properties with […]