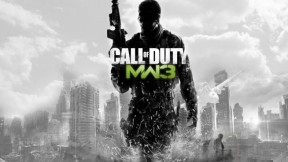 News 40 Update: (June 14th, 1:00 am EST) Matchmaking issues that were discussed in the comments below seem to have been ironed out. Original Story: One day ahead of schedule, Infinity Ward has released patch 1.15 for Modern Warfare 3 on PS3. The patch is now available to download in Europe, MP1st reader Courtroom reports. The patch is being rolled […]

News 15 It turns out Modern Warfare 3 patch 1.15 for PS3 is due mid-June, as it was originally suggested. A few days ago, Infinity Ward published the official patch notes for two title updates for PS3 and PC that were pushed out at the time. PC players were able to download the patch on the same day, but […]

News 32 Infinity Ward has published the fix list for the latest title updates for Modern Warfare 3 on PC and PS3. The PC patch is now live (version 1.8.423). However, the PlayStation 3 patch is not available at the time of writing, but should go live soon. Patch 1.15 for PS3 was originally announced to release in mid-June, […]

News 8 Infinity Ward has released the official patch notes for the latest two Modern Warfare 3 title updates on consoles. PS3 players received patch 1.14 on May 14th, and patch 1.15 was released for Xbox 360 on May 15th. Title Update 14 for PS3 – 27MB Change to matchmaking where region searched is determined by party host. Title Update […]