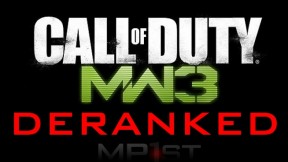 How to Avoid Getting ‘Deranked’ in Modern Warfare 3, Even After Stats Reset News 38

News 38 As we promised, we’ve put together this guide for those who don’t want to lose their hard earned stats in Modern Warfare 3. You can learn more about the hacks here. Before getting into the nitty-gritty, remember Robert Bowling’s general word of caution on the matter, “Do not accept game invites or join Private Matches from […]

News 4 Modern Warfare 3’s creative strategist, Robert Bowling, has touched on several issues regarding patch plans. While the last patch has improved the lag compensation (host disadvantage) to some extent, there is still plenty of room for improvement. Robert Bowling revealed that Infinity Ward has “further improvements” on the way to remedy this issue. Robert also confirmed that the team behind Modern Warfare 3 […]