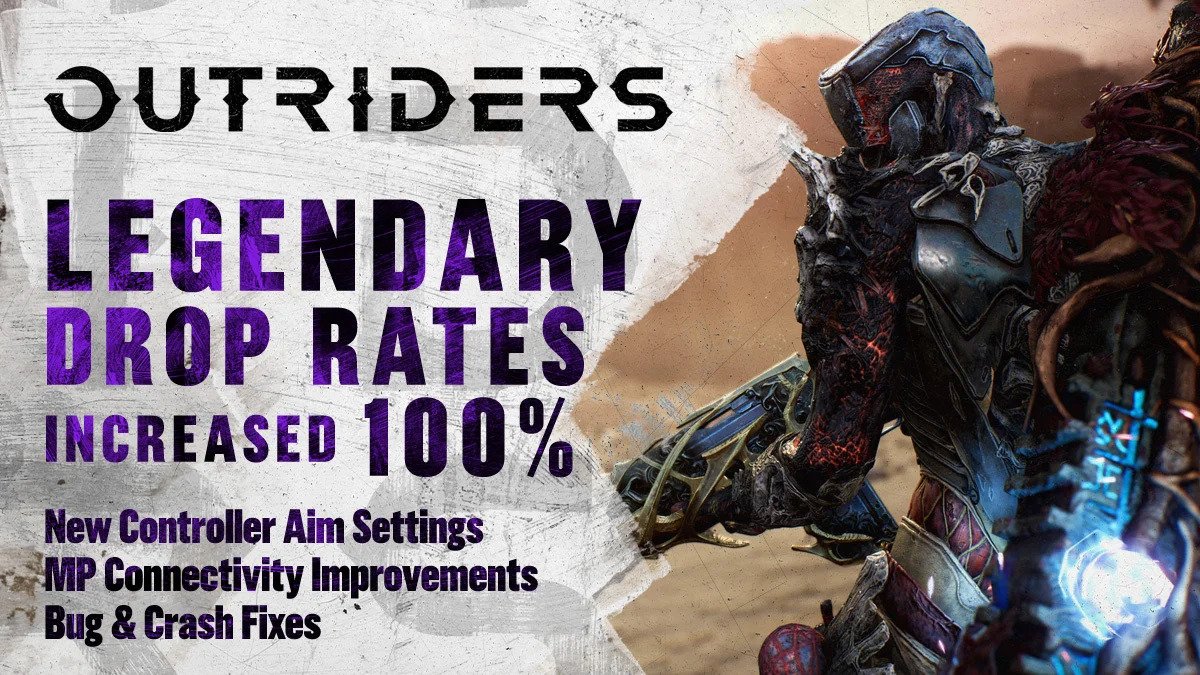 People Can Fly has released the Outriders update 1.10 June 22 patch, and as promised, this brings changes to Legendary drops and more! Expect a detailed explanation of the changes in loot drops, as well as the complete patch notes below, which inludes big fixes.

We’ve made some changes to the Legendary Drops.

We’ll have more news of the second run of the appreciation package very soon and will deploy it when we’ve run a few more tests on it. We’re hoping for it to be ready by Thursday but we’ll confirm this on the day.

Once we know more info regarding the next patch, we’ll let our readers know.