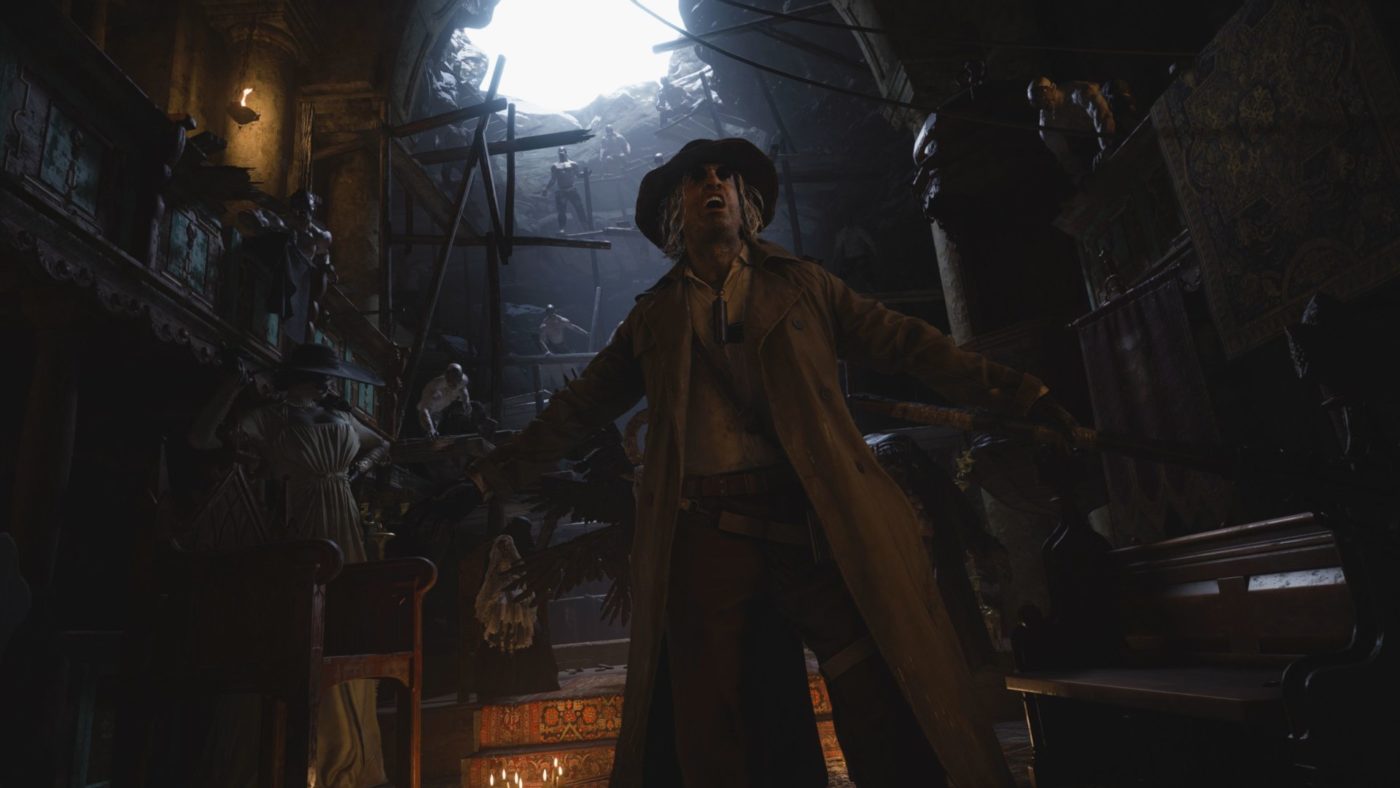 Capcom has released the Resident Evil Village update 1.002 patch this October 17, and this oddly enough, seems only for next-gen. We’re still checking, but after numerous tries, the PS4 version is still at version 1.01.

Capcom has not released any patch notes just yet, unfortunately. However, could this patch be somehow connected to the Halloween website Capcom has launched for the franchise to mark its 25th anniversary? We wouldn’t be surprised if it was.

We’re on the lookout for the official patch notes. Same as always, if you spot any gameplay-related changes, or technical fixes brought on by the patch, leave a comment below to let us know. If you see “patch notes” without a proper source or from a Capcom dev/website and the like, please don’t believe or spread them since we don’t want to spread false info. The last major patch for the game was for the PC version, which was for performance fixes.

If you haven’t played Resident Evil Village, go check out our review where we state, “It feels like a true next-gen experience, even on the older systems. Plenty to love about Village, and with multiple playthroughs under my belt, I just don’t see how anyone can skip out on this gem. To me, this feels like the evolutionary step that Resident Evil 2 took from the first game, only for Resident Evil 7. The first-person perspective is proven, and here to stay for the long haul.”