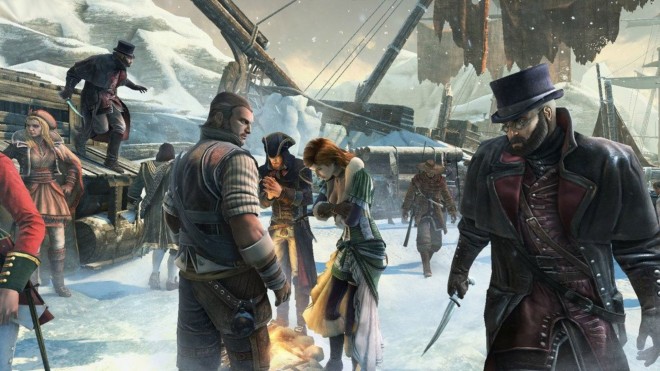 Brand new details on Assassin’s Creed III Multiplayer have been revealed in the latest intro video by Abstergo Industries.

The video below originated from Gametrailers, but has since been taken down due to accidental release.

The footage seems to confirm the following game modes:

Speaking with UK Xboxgamezone, Ubisoft’s very own Damien Kieken discussed many of the new changes and improvements made from the last multiplayer iteration of Assassin’s Creed.

Damien confirmed that the team has been working on Assassin’s Creed III’s Multiplayer since the end of Revelations. Now, those of you who were familiar with the multiplayer in Revelation will know that many AC fans weren’t as fond of it compared to AC: Brotherhood. Since then, the team has taken this feedback and made some changes that should hopefully please fans of Brotherhood.

As for why there is no public beta for AC3, Kieken mentions that “doing a beta takes a lot of time; we’d need to polish a version, submit it to the platform holders and support it when it’s out. And all the time put into the beta doesn’t go into the final game. Because we wanted to push so many things into the game, we took the hard decision to favor the final game content instead of doing a beta and we believe it will be favorable in the end.”

Are you excited for Assassin’s Creed III’s multiplayer?