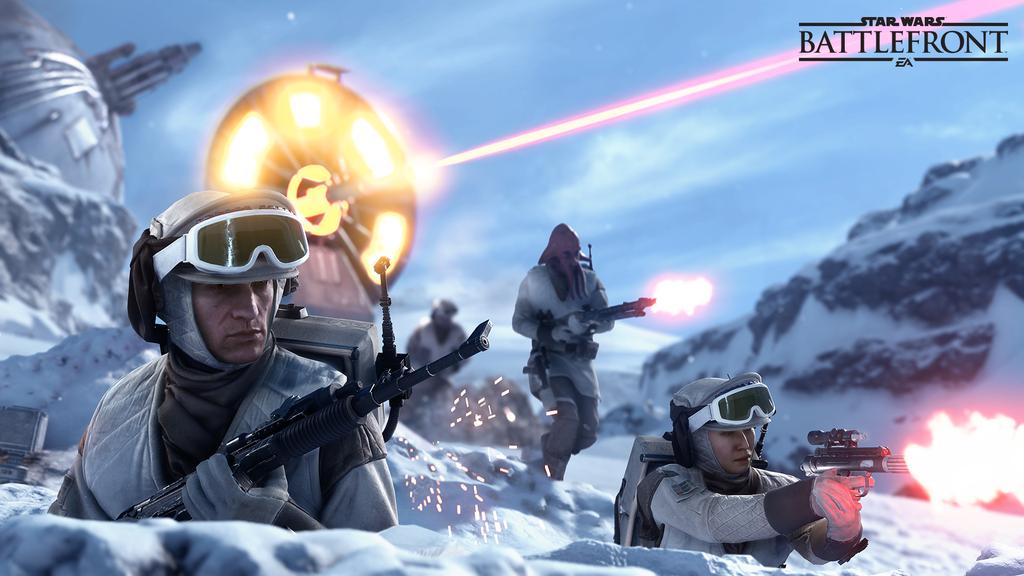 EA and DICE give fans a first real gameplay look at Star Wars Battlefront during their presentation at E3 2015.

On display in the just-released trailer is “Walker Assault,” an objective-based multiplayer mode that is played out on the iconic ice planet of Hoth. Both third-person and first-person infantry and vehicle gameplay is highlighted and, if you stick it out to the end, you’ll even catch a glimpse of Star Wars’ greatest hero take out his enemies with his powerful Lightsaber and Force abilities.

According to DICE, the gameplay was captured on a PlayStation 4. Have a look and tell us what you think of Star Wars Battlefront’s first gameplay showing in the comments below!

Star Wars Battlefront launches on PlayStation 4, Xbox One, and PC on November 17 with 40-player multiplayer modes down to 8-player modes, as well as solo or co-op missions. Virtual Reality capabilities were also mentioned during the conference. Stay tuned for more.