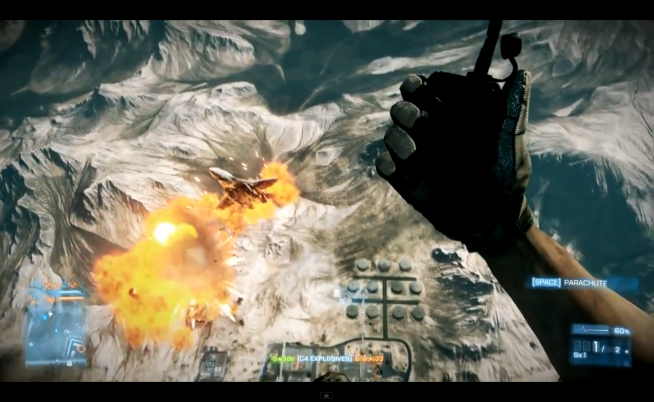 In today’s list, we take a look at some of the most creative, hilarious, luckiest and spectacular ways to take out a jet in Battlefield 3. Let’s start right away with number 7.

He may not have taken this jet out by his own hands, but he did show the pilot who’s boss. This video earns the number 7 spot.

Shosho10199 has been providing the Battlefield 3 community with many good laughs thanks to some of his recent videos. This one proves to be no less hilarious and earns the 6th spot in this list.

5. How to take out a Jet with Style

The title says it all. This decent shot wins 5th place in this list.

4. One In a Million Javelin Shot

Though this video has been previously featured on MP1st, it definitely deserves the number 4 spot in this list. He’s just so damned lucky!

Thanks to a mix of creativity, good planning, and spot-on editing, this video earns its place at number 3.

2. Sniping jet pilot out and taking his jet in midair w0lfeye1

Even in the safety of a roaring jet, it’s not always the best idea to take a deadly sniper head on. This video earns the number 2 spot.

Think you’ve seen it all in Battlefield 3? You haven’t seen anything until you check out this unbelievable stunt. Not only is YouTuber Stungravy insane to even try this, but his shot is remarkable as well. From the very same man who brought us RendeZook, the winning video of DICE’s Only in Battlefield 3 contest, we present “Jet Swap”, taking the number 1 spot.

Can we seriously get this guy a medal?

Let us know in the comments below, which one was your favorite?