Community in Crysis – What Crysis 2 Could Have Been

“Achieved with CryEngine 3.” This is the slogan Crytek adopted since the birth of their latest gaming engine, the CryEngine 3. Their goal in mind was to set a new standard for multi-platform games on the current generation of consoles, and they aimed to do this with their latest title in the Crysis franchise, Crysis 2. In many ways, they accomplished this task by making one of the best looking FPS on consoles to date. Unfortunately, this came at an expense to the PC community, who’s iteration of Crysis 2 was in fact, a step backwards from the original Crysis in terms of graphics. This was due to the fact that Crysis 2 on PC only supported DirectX 9 and only allowed for a few graphical options, compared to the original Crysis’ robust graphical settings menu. However, Crytek was able to redeem themselves after they released a patch for the PC version that increased the number of graphical options and allowed for DirectX 11 support, which also included a hi-res texture package. In the end, Crytek managed to prove their ability to create an astoundingly beautiful game across all platforms, and went on to receive high review scores for Crysis 2.

Alas, we here at MP1st are more concerned about gameplay. To be more specific, multiplayer gameplay. Myself, as well as many fans of Crysis were pleased to hear that Crysis 2 would include a fully fledged multiplayer component that could compete with the likes of Call of Duty. The fact that Crytek wanted to imitate the successful, online multiplayer formula of Modern Warfare 2 and Black Ops was extremely exciting for Crysis fans. A new FPS that would be a viable alternative to the Call of Duty franchise was finally on the horizon. As the release date of Crysis 2 slowly inched forward, my interest slowly began to shift from Black Ops over to this new contender in the online FPS arena. Though the two multiplayer demos that preceded Crysis 2’s release by a few weeks were a bit shaky, it showed great potential and promise, and… I was ready for something new. 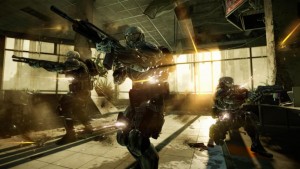 My impressions of Crysis 2’s multiplayer at first were extremely positive. Many features that made Call of Duty so fun to play were also found here. This included customizable weapons, tweak-able suit powers (much like perks), a number of challenges to complete, and an in-depth ranking and unlock system. The different style of gameplay that required you to constantly shift between suit powers, which also allowed you to move like a free-runner across the map, proved to be an immense amount of fun. Eventually, like any game, we begin to look past the fun we are having, and start to notice the quirks, flaws, and glitches in greater detail. Unfortunately, Crysis 2’s multiplayer was filled with glitches and bugs. One of the most notable glitches found in the game in general, which was later dubbed “the grain glitch,” was an occurrence of the entire screen being covered with a grainy texture that really took away from Crysis 2’s beautiful visuals. On top of this, there were also many issues with hit detection, lag and host advantages. Not only were these bugs present in the gameplay, but also in the menus and in the ranking system. Many players were robbed of unlock rewards, including myself, and were even denied XBL achievements or PS3 trophies that were most definitely earned. Music often suddenly began playing much too loudly in the menus, or even overlapped with other music. This was obviously extremely unpleasant and should not have been a problem in the first place. Of course, if Crytek had a success model in place that was similar to Call of Duty’s, a large part of there efforts would have been put into supporting the game post-launch. Take a look at Call of Duty: Black Ops, for example, with its 11 patches so far (on top of four DLC packs). This should have been the case. While a few patches were released that fixed minor issues, the bigger ones still persisted. Eventually, it became very frustrating for many players who moved on to other FPSs on the market, which at the time, were many. As for myself, I took extended breaks from the game and kept checking back for updates. As time passed, I found that many of the main issues were still unresolved. 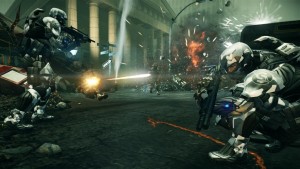 A few weeks later, Crytek announced their first DLC, the Retaliation map pack. This re-ignited my interest in the game and I did purchase it, despite the somewhat broken multiplayer. In releasing this DLC, Crytek in fact created another problem. By this time, the Crysis 2 community was falling in numbers and fairly quickly too. Releasing this map pack was almost seen as a desperate attempt to bring some of these players back. The mistake, in my opinion, that Crytek made was that the playlists in Crysis 2 were now split in half: those who purchased the DLC and those who didn’t. If you wanted to play the DLC that you payed for, you had to enter a playlist that had only those maps in rotation. This made it extremely difficult to find games. And so, I took another short lived break from the Crysis 2 multiplayer. Short lived because roughly three weeks later, Cryteks next DLC, the Decimation map pack, was released. I knew, by this point, that it would be a foolish decision to purchase this DLC, which by the way had absolutely no marketing done for it. More on this later. However, deep down, I still thought that Crysis 2’s multiplayer was unique and had something to offer. Deep down, I still loved it, despite the many problems it faced. And so I bought it. Needless to say, I could find some games for the first 2 days, but eventually, it became impossible. The already tiny community was spread much too thin. If I ever wanted to find any games, my only chance was to play in the two most popular playlists on the original maps, which were either team instant-action, or instant-action (Crytek’s version of TDM and FFA). It simply discouraged me too much to realize that I couldn’t play on any of the maps that I paid for and was stuck with the maps and playlists that I was already tired of. I believe Activision termed this phenomenon as “mapathy”. And so, sadly, I eventually gave up and left Crysis 2 behind. 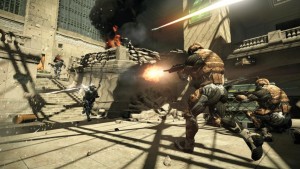 Currently, Crytek has patched the playlists to get rid of the less popular ones, but to this day, the grain glitch and the loud menu music have yet to be fixed. I also found that the playlist tweak did little to remedy the situation. Perhaps even more depressing is that I believe Crytek knew, since the release of their first map pack, that the community was dying and dying fast. Hence, why I believe their second map pack was pushed out so quickly, without any time or effort put into advertising it. I believe Crytek knew there was not much more they could do by this point. And so, they needed to let go and move on.

During the course of these events, I spent much of my time on the MyCrysis forums, a community site built by Crytek for Crysis fans. Almost daily, I would check for any signs of fixing or patching. It was clear that many of the administrators did not have much to say. 75% of the threads where pleads to fix this or fix that, and many were met without any reply. It was during this time I felt I got to know many members of the Crysis community to some degree. It was also during this time I could see that if there was one thing the majority of us had in common, it was that we all still loved Crysis 2. We loved it and were saddened to watch the potential of this game crumble to dust. We all wanted this game to succeed and move on to great things, yet it’s almost as if it’s own developers got in the way. Killing the Crysis community: achieved with CryEngine 3. 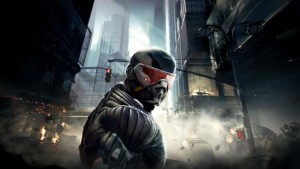 If any of the developers at Crytek were to read my thoughts on this issue, I would want them to know that I do not write this hoping to discourage others from becoming followers of Crytek. I could never possibly take away from the hard work that has gone into their games. After all, they did produce one of the most ground-breaking first-person-shooters of our generation, a game that is to this day is still the standard to beat in terms of visuals and gameplay. This being Crytek’s first foray into mainstream/console online gaming, I would not say that it was a failure by any stretch. It just goes to show that they created some extremely hardcore fans when Crysis first came out in 2007, fans who really look up to Crytek. Of course, these followers would have, and rightly so, very high expectations of any future projects of Crytek. All this may simply have been a case of the game falling short of the hype built around it. Perhaps following in the footsteps of Call of Duty was a mistake. Maybe Crytek should have developed a completely different model for online multiplayer. Pleasing the mainstream can sometimes kill the quality of a product. However, I see this as a major opportunity for Crytek to look back, learn from their experiences, and apply what they have learned into their next project, whether it be their Crysis port to consoles, Crysis 3 (unannounced), or their free-to-play title ‘Warface’. Despite my experience with Crysis 2, I know I will still support Crytek and look forward to what ever they have planned in the future. I’ve seen the quality of work they can accomplish, and I know they are excited about creating an amazing online experience for gamers.

To this day, I still sport the nanosuit 2.0 on my Xbox Live avatar.

Finally, speaking of future titles, I leave you with a brand new trailer from Crytek debuting the console version of the beloved, original Crysis:

Killcams in Battlefield 3 – An Unwelcome Feature?

No Battlefield 3 Xbox Footage Yet… But In Dice We Trust