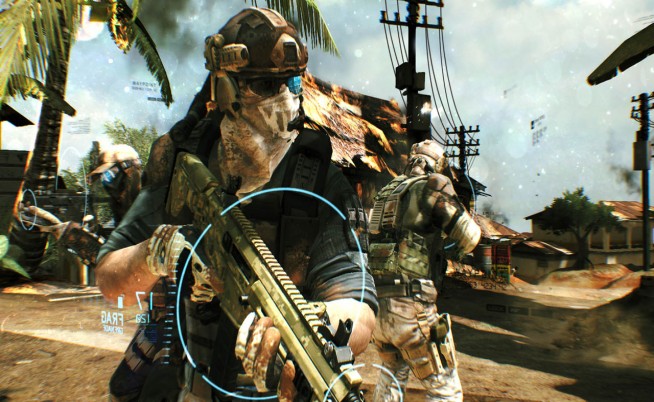 If you were one of the many gamers who were able to secure a beta code, you were able to beta test the highly anticipated Ghost Recon: Future Soldier multiplayer. After a few years of delays and uncertainty around the development process, the public finally was able to get a grasp on where Ubisoft was taking the Ghost Recon series.

Like many other betas I’ve personally participated in, GRFS has it’s fair share of issues. In today’s shooter market, it’s almost imperative that you have a multiplayer beta because of how crowded the genre is. Developers should want a product that would want to drive players away from the current games they are playing to play the game they are putting out. With many years of development in the bag on GRFS, I believe it’s fair to say that not much of that time was spent multiplayer wise, or at least there’s not much evidence saying so. 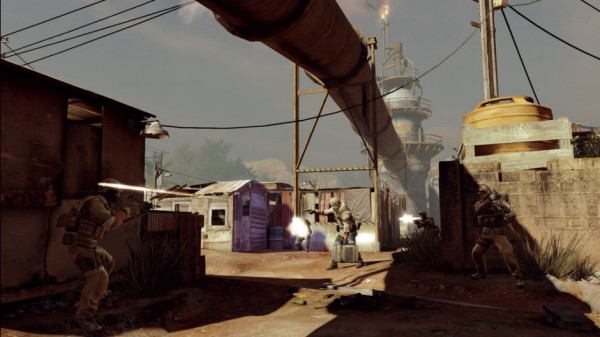 The first thing you will notice loading up the beta are the menus. The menus are very bland and unattractive. With the game providing two squads of four on each faction, Bodark and Ghosts, it really becomes a pain when you want to play the game with a large group of friends. I tried finding a game in a party of four, and we kept getting separated, similiar to problems we’ve seen with the Battlefield 3 beta. Outside of that, other common bugs you will run into is menu screen freezes, game loading freezes, spawning issues, the crazy blast radius of frag grenades, among other little things. You can view known issues or give feedback of your own playing experience.

Outside of the known bug issues, the broken party system and the bland menu, the game is a lot of fun to play with friends. The last time we’ve seen a Ghost Recon title on console was back in early 2007. Based on the beta gametype Conflict, Ubisoft is going for an objective based multiplayer. Absent of a Team Deathmatch mode for the casual gamers, it becomes a problem when a lot of gamers don’t understand the gametype, or flat out treat it like a team deathmatch. If you are on a team that works together, understands the current objective, then GRFS will be a game you will want to pre-order as it does a lot of things well. I noticed my mood about the game changes between playing with random players, and playing with friends. 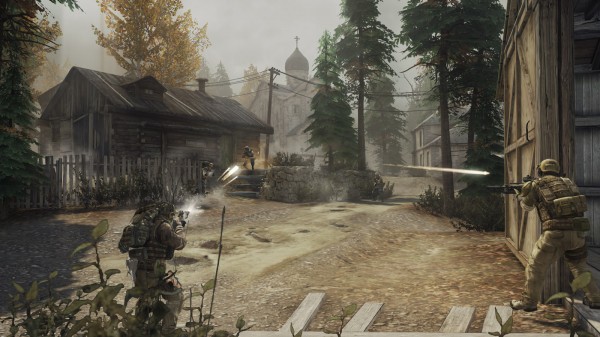 Gunsmith is one of the shining points of the multiplayer. You are literally able to edit and upgrade each part of your selected weapon, from the stock, to the trigger, magazine, and even the gas system. The detail put into this, with the amount of possible combinations, is truly amazing. The cover system is very similar to what we saw in Splinter Cell: Conviction and is very fluid once you get familiar with how it works. The two maps are very different in style. Pipeline is much smaller than Mill, and spawn camping becomes an issue on both maps if you are playing against inferior or inexperienced gamers.

Like Battlefield and Call of Duty, Ghost Recon Future Soldier will be launching a stat tracking network titled Ghost Recon Network. At this time in writing, this feature still is not available to beta testers as promised. Overall, if you are a Ghost Recon fan, a third-person shooter fan or a multiplayer gamer, try to snag yourself a code and see for yourself. If you can see beyond all of the issues with the beta and you play with friends, you’ll notice you may enjoy your experience like myself. Let’s hope that Ubisoft can collect valuable data to get this multiplayer to the point it needs to be come launch day in late May.

If you’ve had the chance to try out the beta, make sure to let us know what you think in the comments below.

Hailing from beautiful Pittsburgh PA, Shawn has spent most of his 25 years playing video games. The original Killzone on PlayStation 2 captured his love for competitive multiplayer experiences and has thrived on that ever since. Now I live, breathe and eat multiplayer madness with the guys and gals of Lucky Strike.
Features, Previews Featured, Ghost Recon Future Soldier, Red Storm, Ubisoft
view related posts
HOT MULTIPLAYER GAMES
& UPCOMING RELEASES