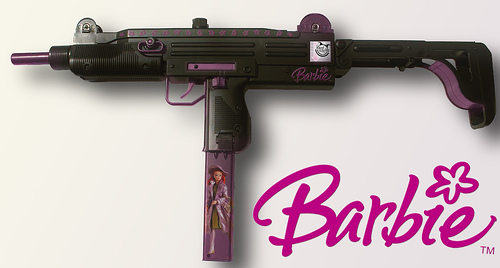 Multiplayer Games Are Barbies For Men

Video games are increasingly becoming Barbies for men. And I’m fine with that. You should be, too. For a hobby that consists primarily of shooting aliens, shooting terrorists, and shooting orcs (with magic bullets), it sure asks for a startling amount of dress-up. There seems to be a silent understanding between video game consumers and video game developers. Gamers will slyly nod their heads towards the studios and touch their nose as if to say, Developers, we want to play dress-up. We want to put new clothes and accessories on our avatars. We want to decorate houses and apartments and caves with in-game items. We want violent, manly, virtual Barbies. In turn, the developers release a carrier pigeon with a tiny note attached from their roof, with an encrypted message that states only, It shall be done…but in return, you must buy an online pass.

Let’s take a look at some of the more popular examples.

Good ol’ Call of Duty. A series that originated as a realistic, story-driven shooter has evolved into a multiplayer-focused shooter that threw realism out the window years ago. Unless, of course, it’s standard practice for the Marines to dual-wield 1800’s shotguns. Call of Duty’s online numbers don’t lie, and one of the primary reasons the series garners such a massive user base is because of the Barbie Factor (copyright pending). Weapon skins, camouflages, different-colored scopes, sights, and optics are all a huge pull for the community, but they mean exactly squat. Yes, I thoroughly enjoyed racking up headshots in Modern Warfare 2 in order to unlock that sexy Blue Tiger skin, but why? Um….well, because I thought it looked neat-o, and I wanted to show it off to my friends. Hey, wait a minute, those were my sister’s exact reasons for convincing my dad to buy her Malibu Barbie’s Dream House! 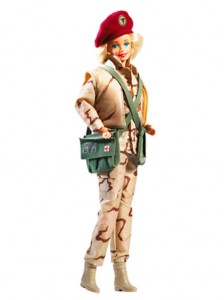 The Gears of War series got into the Barbie game only recently, with its third installment. the game offers insane amounts of weapon skins and character models to play as while gunning dudes down online. The game also leapfrogged Call of Duty’s Barbie Factor, and went one step further. You see, the game offers a variety of character models and weapon skins on the retail disc. However, you are also encouraged to buy supplement customization packs from the online marketplace. I happily plunked down money for a series of bright pink assault rifle skins, only to find that the vast majority of online players had the same idea. Hmmm…a product that ships with little options, and therefore encourages you to purchase additional items to accessorize and customize the initial product. Yes, that does sound like the Barbie Factor at work.

I am secure in both my masculinity and my ability to chainsaw dudes in the butt.

Halo is a series that also came to the Barbie party a little late, but with incredible style. Halo: Reach offers a dizzying amount of aesthetic player customization. Armor, effects, and helmets galore. You might spend 6 straight hours massacring and tea-bagging the covenant, but don’t get too high on your manly horse. You’re doing it to unlock the Mark V Master Chief helmet, an item that does absolutely nothing to the game except make you look different. It’s purely cosmetic. Just like every Barbie accessory ever. Don’t kid yourself. 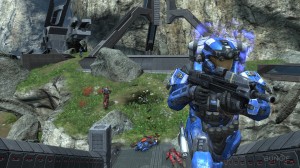 "Hey guys, will this armor effect make me an easier target? Doesn't matter, I look dazzling!"

Fable 3 is a Barbie simulator, but with more farts. If you didn’t realize that truth after spending hours in your virtual wardrobe customizing your avatar’s sideburns and underwear, you’re in serious denial.

Ken and Barbie as seen in the new "Medieval Shart Date" expansion set.

All MMOs have the Barbie Factor, but DCUO takes it a step further with its gear customization. Not only can you equip, color, and tweak your gear and accessories to the nth degree, you can even opt to have your best gear be visually covered by a lesser piece of gear that you think looks better. The devs essentially said, “Okay, gamers, we understand that you care far more about how your Barb-I mean, Hero, looks than his actual battle prowess, so we’ll give you the best of both worlds.” It’s like when a 4-year-old dresses her Barbie in high heels, a miniskirt, and a tube top, only to have her go swimming or work on her jeep.

I am gonna accessorize the crap out of this dude. And then, I guess, defeat evil. Or something.

Thanks for reading. And before you criticize me for being sexist, please know that I understand many women play video games, and know some men play with actual (not virtual) Barbies. And by “know some men,” I mean, “saw some men on How to Catch a Predator.”

For more humour pieces like this one, make sure to sure to follow MPFirst to keep up-to-date, and check out some of these other humour pieces!

Eleven Dances That Are Also Call of Duty Players