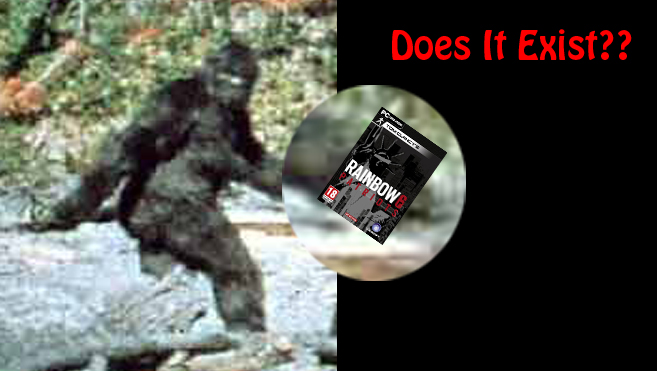 What you are about to read are actual stories of the long-awaited Tom Clancy title, Rainbow 6: Patriots. While all the footage that has been given appears to be from an official source, none of what you are about the read and watch has been proven to be real or even, for that matter, indicates that this game still exists. Viewer discretion is advised.

Announced back in early November of 2011, Ubisoft Tom Clancy’s Rainbow 6: Patriots had fans roaring in applause as many were led to believe that the series would be returning back to its roots, giving players a deep story-line all while delivering superb gameplay. A title that did release this generation that many found favorable was Rainbow Six: Vegas. While the sequel was rather lack-luster, the title did offer one of the best competitive multiplayer experiences out there, one that many have foreseen in the concept gameplay for Patriots.

Looks impressive doesn’t it? Another trailer released just a month after this one.

Both videos tell us that the game will be taking place in New York, a highly requested location that was rumored to be the setting for the sequel to Vegas 1. Either way, these videos are just a little over two years old now with nothing new whatsoever from Ubisoft. So, what exactly happened with to R6: Patriots? Many suspect it’s absence from last year’s E3 and other gaming events such as GDC to be a sign of cancellation, seeing that the company has been focusing on other Tom Clancy titles like Ghost Recon Future Soldier and Splinter Cell Blacklist. However, given that Ubisoft did announce that the title would be available on current-gen system it’s very possible that the title has now been moved over to next-gen consoles.

We reported last year that Ubisoft may have jumped console ships and moved the title over to the Xbox One and PlayStation 4. Given that none of these consoles, at the time, were revealed, we may indeed see this rumor become true by E3 2013. We also reported a few weeks ago that the team in Toronto had finished with the Multiplayer missions. So the title is definitely not dead.

Perhaps, it was just cancelled?

While Gamestop is no clear indication of cancellation, it was reported that they removed it from their database entirely as the company hasn’t received any word from Ubisoft about the release of it. Is it a bad thing to be excited for a game that will probably not live up to my expectations? Yeah. But, you know what? It’s been a while since we’ve gotten any exciting first person shooters from Ubisoft and Patriots looks to fill that void.

It’ll be interesting to see what Ubisoft brings to this year’s E3. With huge titles like Watch_Dogs and Assassin’s Creed 4 already announced, perhaps the re-announcing of Patriots would be in order.

EA Announces Need for Speed Rivals, Hopes to ‘Eliminate The Line Between Single Player and Multiplayer’