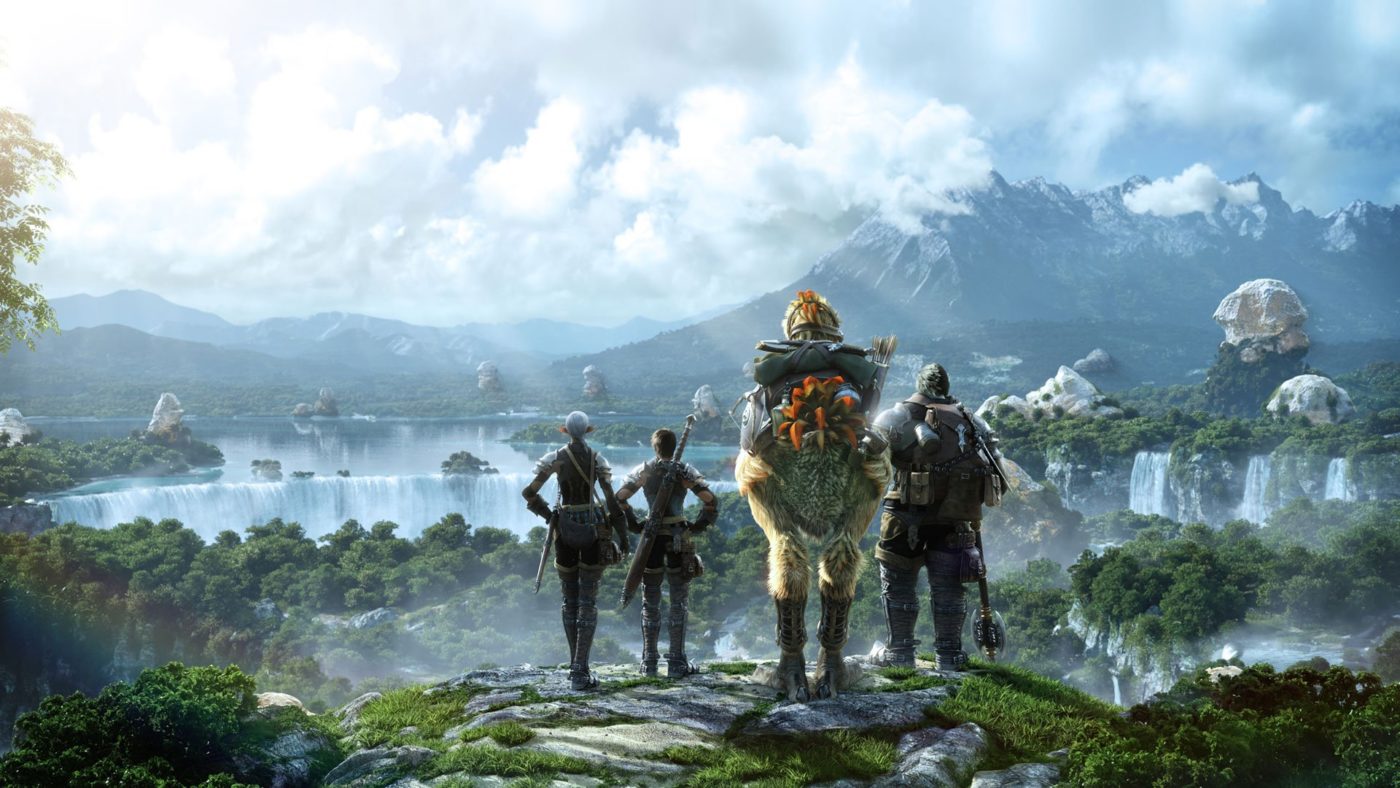 With the recent launch of Final Fantasy XIV for PS4, now is as good a time as any to join the realms of Eorzea. The player population is very high and with new servers opening up such as Jenova, you won’t feel as if you’re much lower on the totem pole than other players in game. If you haven’t subscribed to the game already but plan on doing so shortly, you’ll no doubt want to play catch up and level as fast as possible. Having recently unlocked my first job (the Dragoon), I figured I’d discuss some of my best practices for getting to 30 as quickly as possible. While some of these tips might seem obvious, others are lessons I learned after making some time consuming mistakes. Hopefully after reading this article, you’ll be enlightened enough not to make the same ones. So without further ado:

Attune to all Aethernet Fragments

This will save more time than you can imagine. Many of the initial quests are fetch quests involving the character having to talk to another NPC, and then return to the initial NPC for the reward. Often times these two NPC’s locations can be far apart inside a city. Instead of consuming time running from point A to point B, make use of the Aethernet Fragments which allow for instant teleportation to various points in the city (side hint: if you’re having trouble figuring out which Aethernet Fragment is which, look at your map and see what named building is closest to a Fragment). Furthermore, once you attune to all the Aethernet Fragments in one city, you unlock bonus fragments that will take you instantly to any of the exits in the city.

Before taking on any quest or testing your mettle on the battlefield, track down all Aethernet Fragments in your city.

You might think that being an MMO and being in a populated city, FFXIV would follow MMO tradition and disable all of your abilities when in a city. This is true to an extent, but one ability that is not disabled is sprint. In conjunction with Aethernet Fragments, this should help you get around town even quicker. Even when exploring areas where enemies are around, feel free to spam Sprint as much as possible. While it depletes your TP entirely, you can easily run to safety from any enemy and the TP gauge refills very quickly. Better yet, the TP gauge doesn’t even have to be completely filled before you can activate sprint again.

If you want to complete quests in the shortest time possible, use Sprint all the time.

I’m at a point in my life where I know what type of voice acting to expect in a Square-Enix title. And with that expectation, I know any sense of envelopment is going to be completely and utterly lost on me. So instead of sitting through lengthy cutscenes with awful dialog and terrible voice acting, I chose to just skip the cutscenes. It’s not as if I’m missing out on much as I can still get the gist of what’s happening, and any valuable info pertaining to the quest at hand will just be placed automatically in my journal.

If you want to level up fast and simultaneously not have to question how these writers got paid, skip every cutscene.

This was a huge mistake on my part. Just as I unlocked airship travel from one city to the next, I ended up not talking to the NPC which would give me my next story quest. I had a ton in my list already, and I figured it could wait. I ended up getting sucked into other quests and cities and before long, I was about 10 levels of what my story quests were expecting. This made completion of the story quests easy once I got back around to doing them, but there are so many story quests. There’s essentially one quest for each level, but a lot of them have multiple parts in order to complete them which ends up being time consuming. By ignoring my story quests, I missed out on the chance of getting a personal Chocobo much sooner, which leads to my next tip…..

Get a Chocobo At Level 20

Once you complete the level 20 story quest, you’ll be given the opportunity to join a Grand Company. Being in a Grand Company allows you to partake in more challenging and more rewarding quests than the ones available from the Levemate. The exp bonuses are much better, but instead of earning gil, you earn tickets. These tickets can be redeemed with the Quartermaster located at the Grand Company’s HQ. One of the first rewards you can get with your tickets is a Chocobo license. Ignore every other item you might be even remotely interested in until you have your Chocobo license secured. With the license, you can summon a Chocobo on a whim increasing your travel speed significantly. Not only does this save you money not having to rent a Chocobo, use a porter, or teleport ($$$), but if you ever dismount, you can quickly summon the Chocobo right back.

By ignoring my story quests, I made leveling to 30 longer and more difficult by A) not doing Grand Company Leves instead of regular ones and B) having a Chocobo available to travel to my destinations faster.

If you see an exclamation bubbles on your map, you should be talking to those NPC’s before setting out for the battlefield. Until you travel to other cities, you really don’t need to exert discretion about which quests to accept and which ones not to. Not only do they give valuable XP and gil, but most of them reward you with armor for your character. If you keep up on doing your quests, chances are you’ll get a full set of armor without needing to buy pieces off the market. Don’t forget about your class quests either. Class quests are typically available every 5 levels and will reward your character with new weapons and class specific skills.

If you find there is a shortage of quests for you to complete, don’t resort to grinding. Leves and Guildhests are available from specific NPC’s. These are a great way to help boost your XP so that you can reach the next level.

A nice addition to XIV is the ability to switch classes at any time. Not only does this afford a player an opportunity to experiment, but the cross class system also allows players to pull certain abilities from one class and use them with another. This gives a player the sense that they are constantly progressing — as opposed to starting over — whenever they switch classes. There’s no sense in going crazy with class experimentation (at least not right away anyways). An XP bonus is given to a player whenever they try to level up a secondary class so that it can catch up to the primary class. The best rule of thumb is to maintain a 2:1 ratio with class levels. So let’s say your primary is a LVL16 Gladiator. In order to capitalize the most on the XP bonus, you shouldn’t level any secondary class past LVL8 until you get the primary class leveled higher. Leveling secondary classes becomes particularly important later on in the game when you want to unlock a job. Jobs require a primary class at LVL30 and a secondary class a level 15. However, there’s no sense in missing out on the XP bonus to help shave off valuable leveling time.

Ultimately, level your primary class until it makes sense to start leveling a secondary class.

Those are some of my tips that will come in handy leveling to 30. Currently, I just unlocked the Dragoon job, and feel like I’ve played enough FFXIV to give my final impressions so stay tuned for those in a future article.

What do you guys make of FFXIV? Are you enjoying the more story based approach over FFXI? Let us know in the comments below.

Get “Egg-Stra” XP In Call of Duty: Ghosts Devastation With This Secret Challenge

Titanfall is Only $37 In Amazon Daily Deal