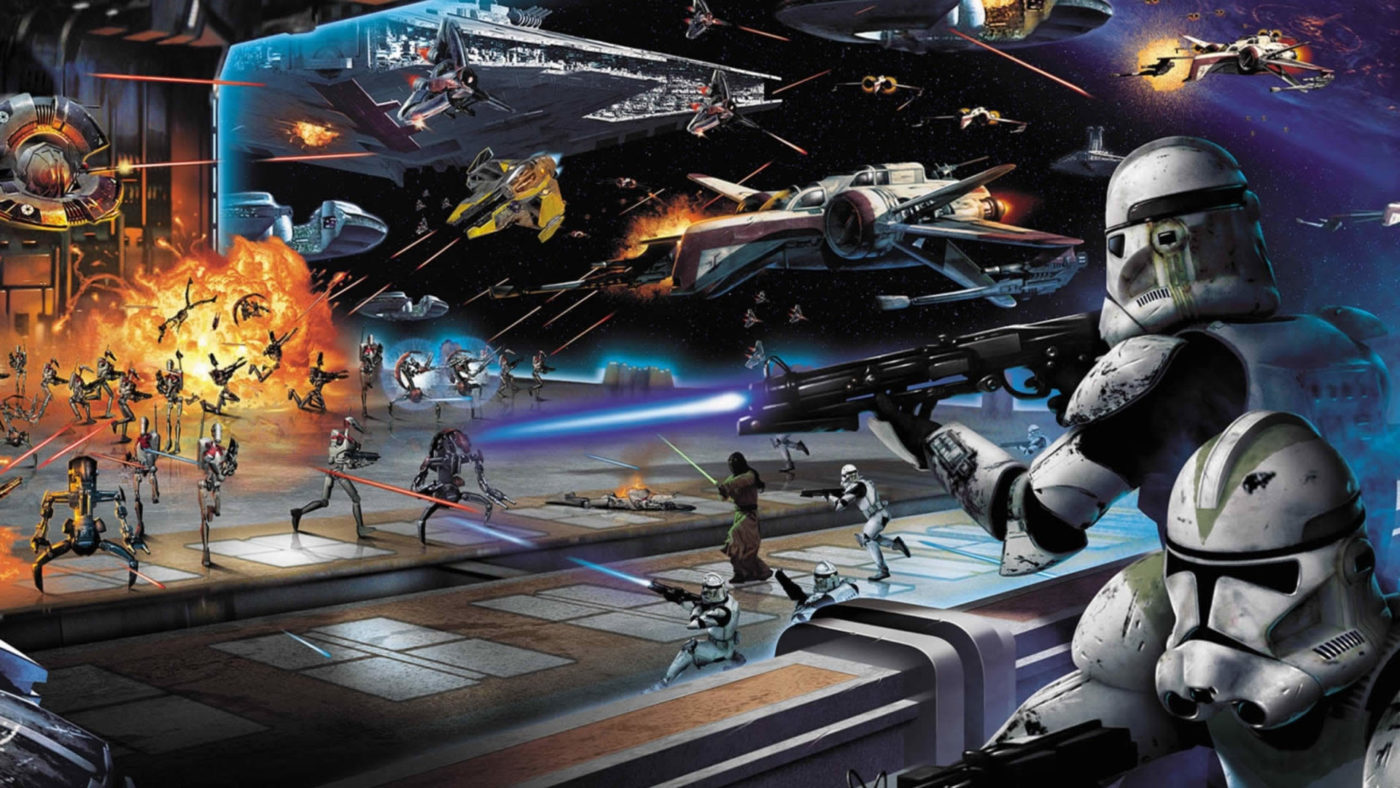 Since the the memorable announcement trailer that first debuted during last year’s E3, scoring any geek a free trip to the emergency ward by way of heart attack, developer DICE has been nothing short of vague with details surrounding the upcoming revival of the popular Star Wars shooter franchise.

As the studio previously mentioned, however, Star Wars: Battlefront, as it’s currently being dubbed, will be showcased at E3 2014 during EA’s press conference, and perhaps on the E3 show floor. So, “yay” for Star Wars fans like us. But what exactly do we want to see with its return?

Turn back the clocks to 2009. Free Radical, a developer working on the sequel to Battlefront 2, was bought by Crytek and their game, which was “99% finished,” was cancelled. Gameplay has since leaked and even live streamed by an insider who nabbed the latest build of the unfinished project. On display were ever-evolving battles that allowed soldiers to fight their way through infantry and ground forces in one of Star Wars’ many iconic locales. From there, we saw the ability to take the fight through the atmosphere and into outer space in a seamless progression of events.

How could this translate over to DICE’s project? Imagine game modes like Conquest and Air Superiority taking place at the same time with capture points on both the ground and in orbit. Or, take a game mode like Rush and expand it so that the battle progresses from planetside to inner atmosphere and culminates in an epic space battle. A Star Wars take on Battlefield 4’s Carrier Assault or Battlefield 2142’s Titan mode would do just as well. Either way, ground and space battles all talking place in one match on one map would be utterly epic.

While Free Radical’s project in particular may never see the light of day, I’m hopeful that DICE’s revamped take on the franchise will deliver on this awesome feature that expands the tradition boundaries of traditional video game warfare to galaxies far, far away.

Battles on a Massive Scale

In Battlefront 2, Pandemic Studios clearly drew a lot of inspiration from Battlefield by offering vehicle and infantry warfare, depicting the massive-scale battles from the Star Wars movies. While old generation consoles suffered in player count, the PC version was able to push those epic 64 player battles. 10 years later, it’s now possible for our consoles to reach similar capabilities, as demonstrated in games like Battlefield 4 on the Xbox One and PlayStation 4. Star Wars: Battlefront needs to continue to build on the “War” in Star Wars, be it large player counts or even AI enemies and teammates, a la Titanfall, for example.

Also, if we are going to see seamless ground-to-space battles in one map, that’s a lot of space to fill. Much like the films, it’s important to keep the action high and maintain that excitement and spectacle that the movies are so good at portraying.

DICE has a bar to raise, as Pandemic Studios set the standard that made the Battlefront series stand out from your average sci-fi shooter years ago. Let’s make Battlefront the massive next-gen shooter it deserves to be.

What’s Star Wars without destruction? From the disastrous landing made by Anakin Skywalker on General Grevious’ flagship Invisible Hand to the battle of the second Deathstar above the moon Endor, it’s clear that destruction would not only just work in the context of Star Wars, it could also change landscapes and environments, much like Battlefield 4’s “Levolution” concept.

Even as a background event, seeing a gigantic Star Destroyer blow up in the skies above the battlefield would be pretty chilling – even better if it came crashing down to the play space, altering a map’s layout. The destruction of a mega cruiser could even act as the reward for succeeding in epic space battles.

Whether it be the collapsing of ice hangars on Hoth or blowing up asteroids in the asteroid fields of Alderran (too soon?), destruction belongs in Battlefront, and DICE is the developer to to do it.

While DICE isn’t aiming to produce a direct sequel to Star Wars: Battlefront 2, it’s clear that they are looking to incorporate elements from the previous two games, as EVP of EA studios Patrick Söderlund mentioned during an EA earning’s call. If you recall, the exciting heroes and villains dynamics of the previous titles let players step out of the boots of a soldier and play as iconic characters from the movies. It was rewarding and allowed us geeks to play out our fantasies to be a Jedi or Bounty hunter, commanding an army of Rebels, Stormtroopers, Clones, or Droids.

But a major question looms: How would DICE allow everyone the fair chance to fill such a role. Will each map or mode have their own prerequisites to complete before a player gets the ability to don the identity of their favorite characters? Regardless, their presence is a must, especially with an ever growing roster of good guys and bad guys that may appear in the new films.

Star Wars: Battlefront is set to release some time in the summer of 2015, just a few months ahead of the release of the long awaited Episode VII. With this in mind, it’s not out of bounds to think that DICE would build their new Star Wars shooter around an entirely new era inspired by the events to come from the new movie, or perhaps an era pulled out of the expanded universe. Whether we’ll get a full blown demonstration or a classic cliffhanger remains to be revealed. But with that said, it would be nice to play as a new faction with a new story to tell.

What are your wants for Star Wars: Battlefront? (PS. “Better netcode” doesn’t count!) What are you hoping to see at E3 later this month?

A huge thanks to Martin, the Star Wars fans on Reddit and Battlelog, and everyone else who helped fuel the ideas and wants that this Editorial is based on.