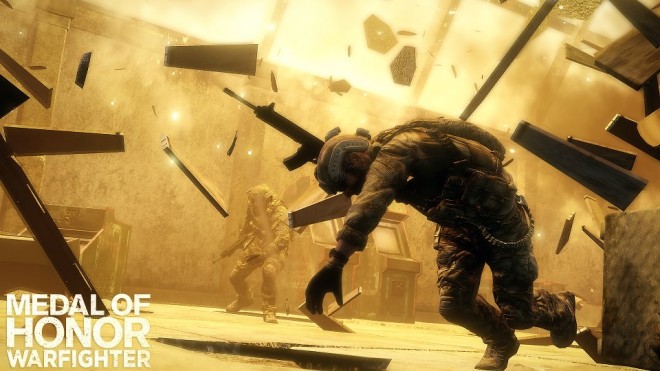 With Medal of Honor: Warfighter being abandoned by EA, there’s a lot of concern that Battlefield developers DICE will be tasked with keeping an EA FPS game on store shelves in November year after year.  The concern comes from the fact that developing games like Call of Duty and Battlefield take at least 3 years to really get the best game out of the process.  People are worried that a stinted development cycle will hurt the BF franchise, and I agree.  Games like these need that extra time to really be the games they’re intended to be.

The way I see it, the fall gaming season is a traffic jam of half-baked game releases.  Honestly, I’m glad that EA dropped MOH.  Yes, it was unique and a bit more development probably would have made it a great game.  But as good as MOH:WF could have been, it still would have felt like a BF game with some gameplay differences, whereas games like Crysis 3 are almost wholly unique in the FPS genre right now.  That said, Frostbite 2 is a very robust engine and if MOH:WF proved anything, it’s that it could handle a variety of gameplay options that aren’t BF3-esque.

Hopefully EA recognizes that having a different feeling game coming out in addition to the lock & stock experience is a good thing.  Could DICE being stuck with making a yearly BF installment after MOH’s failure hurt the franchise?  Of course, but maybe it will lead to something better. Here’s to hoping that perhaps the highly secretive “AAA” shooter from ex-Infinity Ward heads and Call of Duty creators, Respawn Entertainment, now under EA publishing, might also bring something fresh to the over saturated ocean of fall shooters.

What do you guys think? Does MOH:WF’s failure put a burden on the head of developers like DICE?

I've been a gamer since before most gamers were born. Now a full-fledged member of the PC Master Race, I'm enjoying all the best games from both AAA and Indie developers in glorious 1440p. Praise Gaben and may the Steam deals be ever syphoning funds from your life savings.
Features Battlefield 3, Battlefield 4, Crysis 3, Featured, PC, PS3, Warfighter, Xbox 360
view related posts
HOT MULTIPLAYER GAMES
& UPCOMING RELEASES