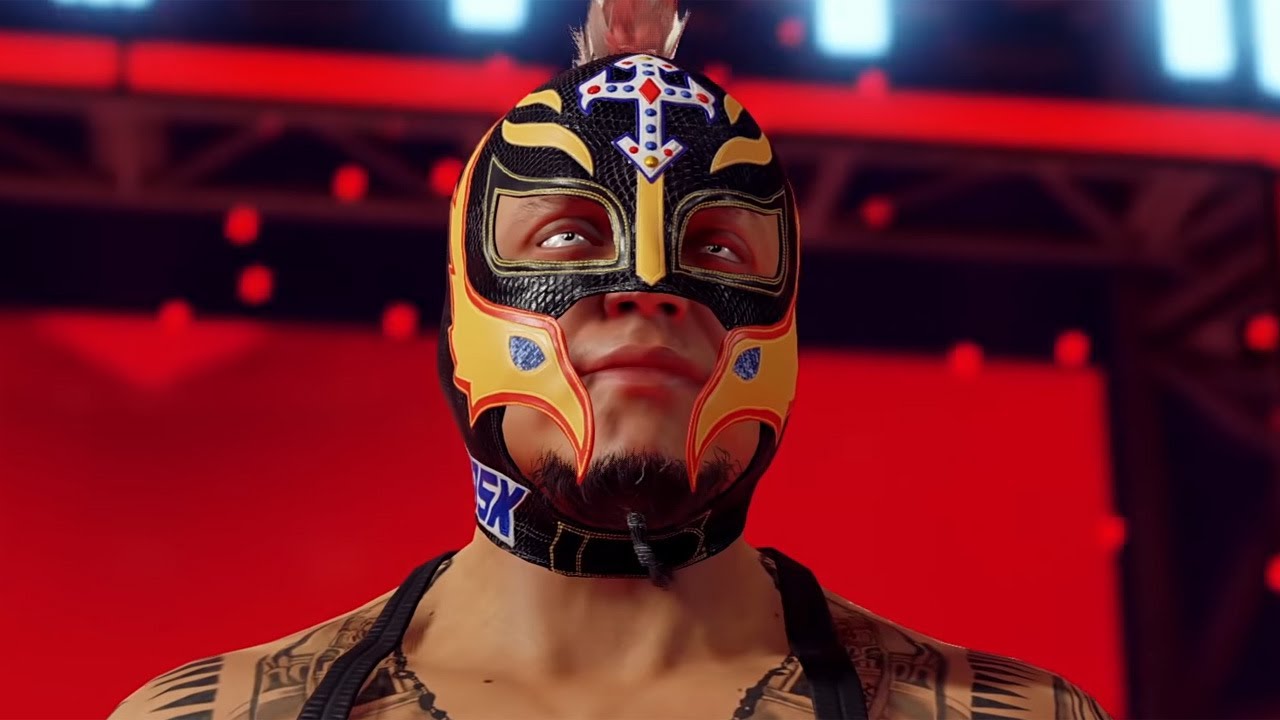 After a year of being absent from the gaming scene, 2K Games have announced the return of WWE 2K at this year’s WrestleMania 37, featuring one of the greatest high flyer in wrestling history to show it off, Rey Mysterio. Here’s this year’s WWE 2K22 teaser trailer.

Not a whole lot to go on to be honest, though we should be getting a deeper dive real soon. Hopefully with the year break it means that this year’s release won’t suffer from poor performance and game breaking bugs like WWE 2K20 did. Fingers crossed!

Once again, Visual Concepts will be developing this year’s WWE 2K. They have been at the helms of the franchise since WWE 2K14, and despite the release state of 2K20, they will once again be returning as the lead for WWE games this year. Long time support developer Yukes will not be returning as the partnership between 2K and Yukes was severed with the development of 2K20.

What Platforms is WWE 2K22 Releasing On?

As of right now there are no confirmed platforms for WWE 2K22, though it will most likely release on last gen (PS4 and Xbox One,) current gen (PS5 and Xbox Series X|S,) and PC. We speculate that the current gen versions will get a similar treatment that NBA 2K21 received in terms of visuals and other features.

When is WWE 2K22 Releasing?

Like the platforms, there is no current release date for WWE 2K22 outside of releasing sometimes this year. Generally speaking, WWE 2K releases right around October (previous 6) and November. If going by history, we suspect the release will follow the same pattern.

That’s it for all the news we have on WWE 2K22, but stay-tuned as the company has promised more details real soon.