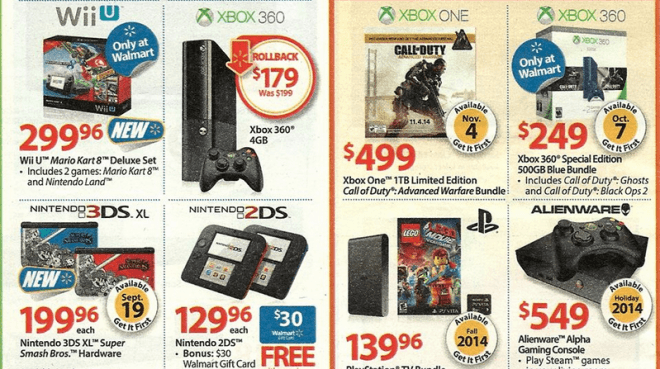 According to a leaked Walmart flyer for North American midwest/southern regions, a special Xbox 360 bundle offering a blue console and two of the latest Call of Duty titles is reportedly due out this October 7.

As you can see in the flyer itself, spotted by Blu-ray forum user bainbridge’s_stache, the bundle comes packed with a blue 500GB Xbox 360 console and a blue Xbox 360 controller along a copy of Call of Duty: Ghosts and Call of Duty: Black Ops 2. It will sell for $249 USD at Walmart, though prices may vary depending on location. Standard 25oGB Xbox 360 models still retail for $300 USD. 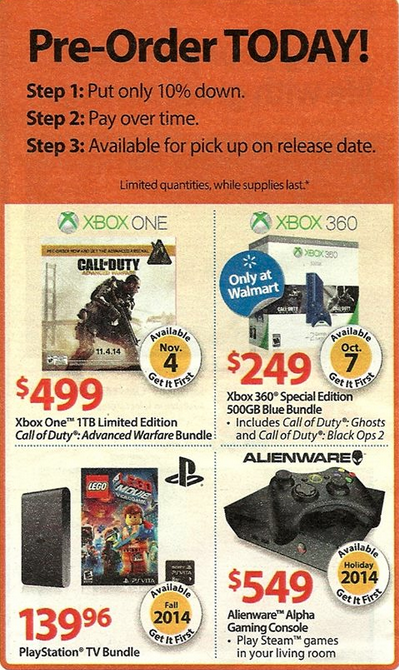 Judging by the blue sticker on the ad, the bundle appears to be exclusive to Walmart.

If you missed it, Call of Duty: Advanced Warfare is getting its own themed 1TB Xbox One model this November, retailing for $499 USD.

Bungie Confirms No Day One Reviews for Destiny, Here’s Why