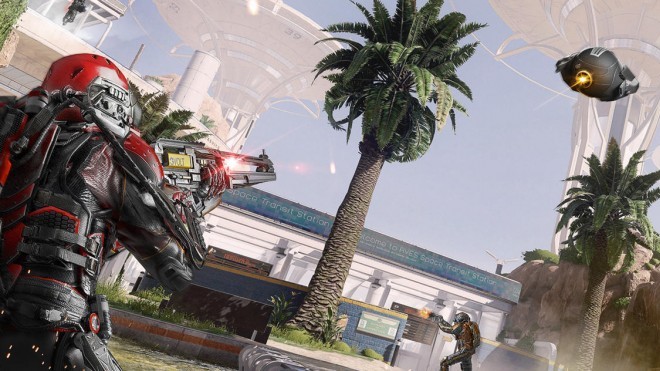 Call of Duty: Advanced Warfare Ascendance DLC is shaking things up this March with the introduction of a new game mode that will make heavy use of the Exo Grapple ability, originally highlighted in the game’s single player campaign.

The mode will be playable exclusively on the Ascendance’s four brand new maps — Perplex, Site 244, Climate, and Chop Shop — combining vantage points and obstacles that offer plenty of opportunity to make use of the new ability coming to multiplayer for the first time.

Zombie fans will face new enemies with the help of new traps and armaments in new episode centered around the iconic Call of Duty fast-food joint, Burgertown.

Ascendance will also add the new OHM 2-in-1 directed-energy weapon that serves as both a light machine gun and shotgun to your arsenal, along with its custom Werewolf variant, both of which are available now to Season Pass owners on Xbox.

Ascendance DLC, Call of Duty: Advanced Warfare’s second multiplayer expansion in this season’s line up, hits Xbox One and Xbox 360 first on March 31 with a trailer premier taking place at this year’s Call of Duty Championships on March 29.

Check out the details from the press release below: 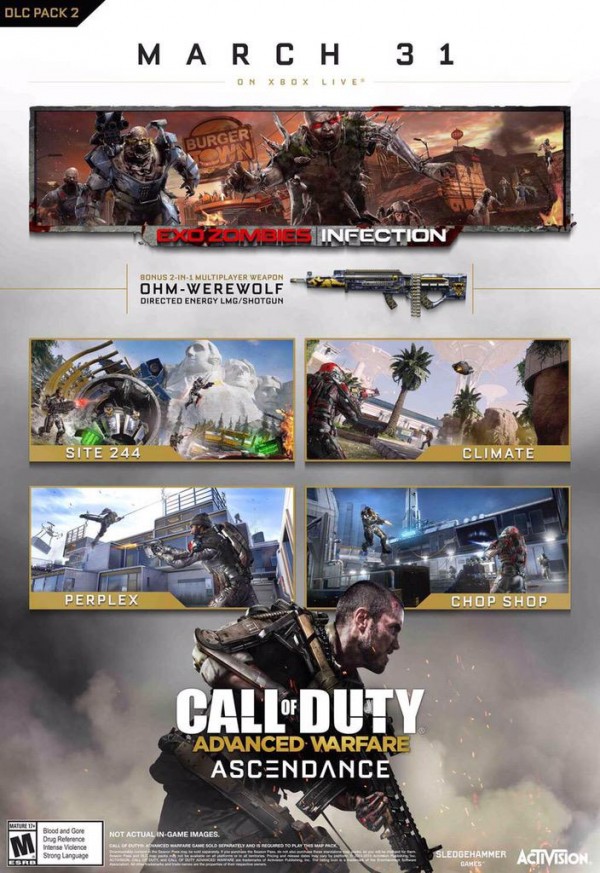 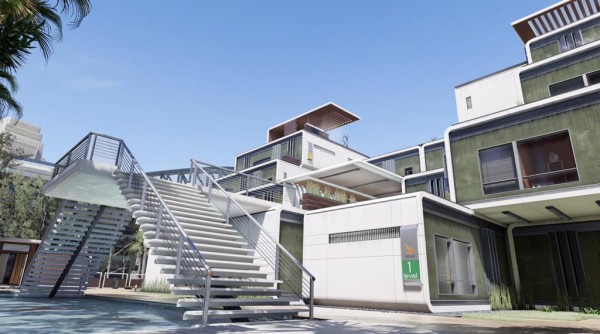 “Get vertical in Sydney as you fight to dominate this five-story modular apartment complex. Take the high ground or blast through the close-quarters interior in this small to medium sized map. Adapt your strategy mid-match when construction drones shift apartment modules, creating new routes and cover positions.” 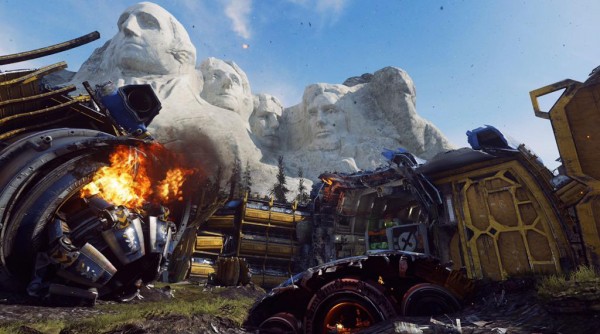 “An alien spacecraft has crash landed, spilling its mysterious cargo under the shadow of Mt. Rushmore, USA. This medium to large three-lane map allows for any style of gameplay, focusing combat through the space ship’s fuselage and around the debris-littered landscape. Use the map-based scorestreak to crack open an alien spore and instantly enhance your perks and exo abilities.” 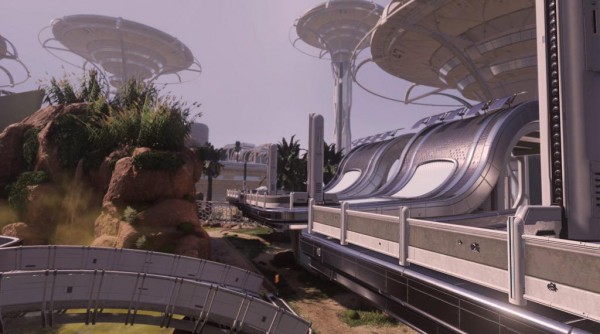 “Fight your way through a futuristic man-made utopia in this lush, climate-controlled enclosure. In this small to medium sized circular map, land and water routes channel frenetic combat around the central island structure. Watch your step when the river water changes from an asset into a deadly bubbling obstacle.” 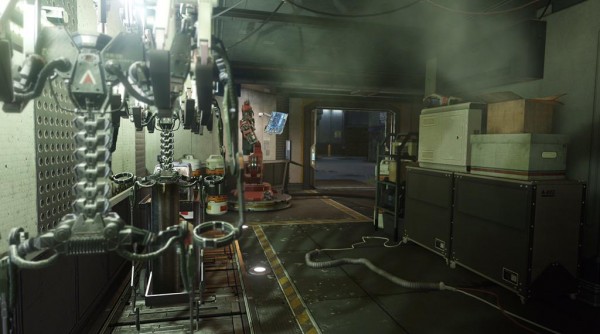 “Think fast as you make your way through the black market exoskeleton industrial complex and engage in fast-paced shootouts in this medium sized, symmetrical map. Activate the map-based scorestreak to take control of an Advanced Repulsion Turret that radiates a deadly microwave EMP to help lock down key areas.” 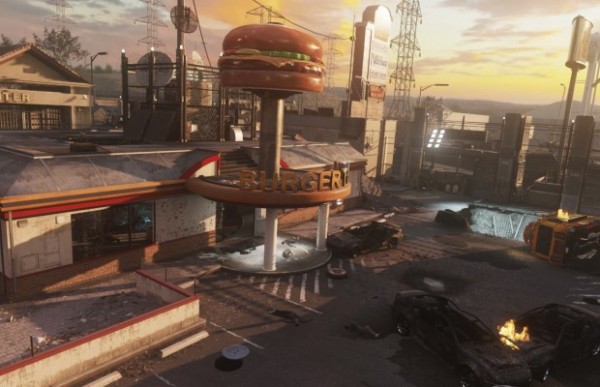