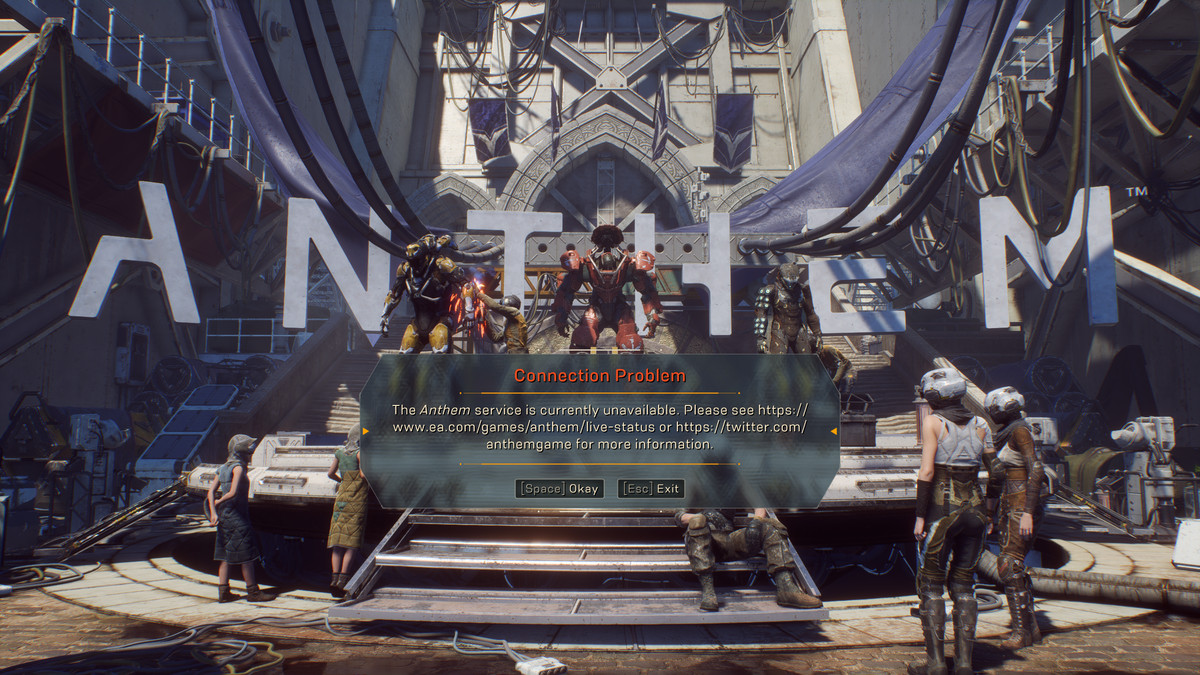 Anthem suffering through issues is nothing new at this point. Even more than a month after launch, the game is still undergoing some birthing pains, and other issues that are still being addressed by BioWare to this day.

While loot drop balances and the like are being worked on by BioWare to make sure the player base stays happy, what if these same players can’t even connect and log in to the game? This seems to be a prevalent issue for both console and PC players. Over on the game’s subreddit, multiple people have chimed in and complained that they’re having Anthem connection problems, with the thread starter claiming he experienced this eight times in 30 minutes.

This isn’t an isolated incident, either, with multiple players chiming in and posting Anthem connection problems of their own. And yes, this is happening to PS4, Xbox One, and PC!

The weird thing here is, BioWare has been mum on the subject so far. We’ve contacted EA regarding this and will update the story if and when we get a response.

Are you suffering from Anthem connection problems or has the game been connecting fine for you? Let us know your thoughts in the comments.