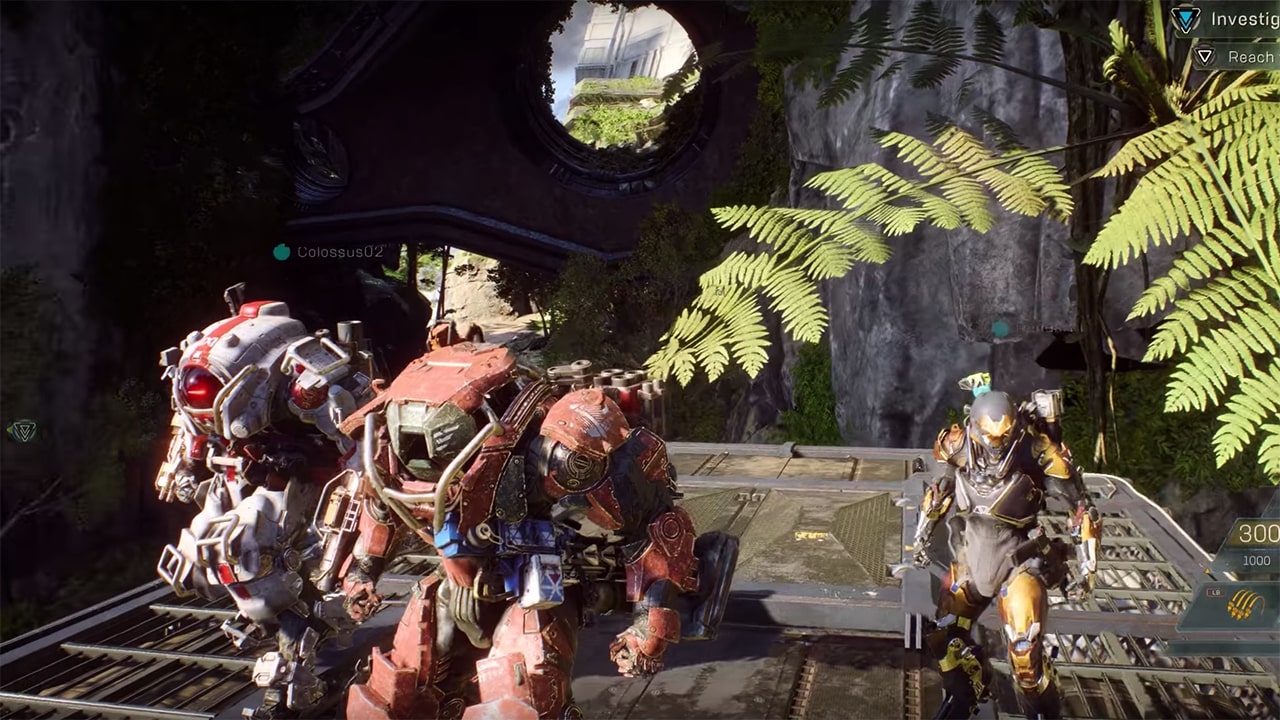 While BioWare has talked about and showed off Fort Tarsis for Anthem as the game’s “hub” where quests are snatched up, and the story can be moved forward, some might assume that it’ll work like the Tower in Destiny where you could interact with other online players, which isn’t the case.

But those looking forward to an Anthem social hub, don’t fret! BioWare has something in mind, and here’s our early look at the “Launch Bay,” where players can hang out, dance with their emotes, grab a new contract, and more! We get our first look at it via Lead Producer Michael Gamble.

After a mission, you can head back to Tarsis and catch up with some of the amazing characters we've created for you…OR…head back to the brand new Launch Bay, hang out with your friends, use the forge, reload and grab a new contract. Yeah, we listened to you… details soon! pic.twitter.com/m5sp96IpDh

For those curious, the Anthem Launch Bay will have up to 16 players in one instance, though the feature won’t be available in the demo.

The launch bay is disabled in the demo, though 😎. Gotta save some stuff for Feb 22 after all…

What’s interesting here is, this Anthem social hub wasn’t something the studio was planning on doing, but was implemented due to community feedback. This was revealed by BioWare Development Manager Camden Eagar over on Reddit who shared that this was a reaction to “community feedback.”

I have to admit, this is damn impressive that BioWare has seemingly added a feature in the game that was requested by the community even before the game launched, and not patched in post-launch.

In other Anthem news, don’t forget that the VIP demo pre-load is now live, and you can check out the download links here. BioWare has also outlined how the demo is different from the launch build, which you ought to give a read as well.

Stay tuned to MP1st for the most comprehensive Anthem coverage leading up to the February 22 release date.

Battlefield V Known Issues List Is Getting a “Major Overhaul”