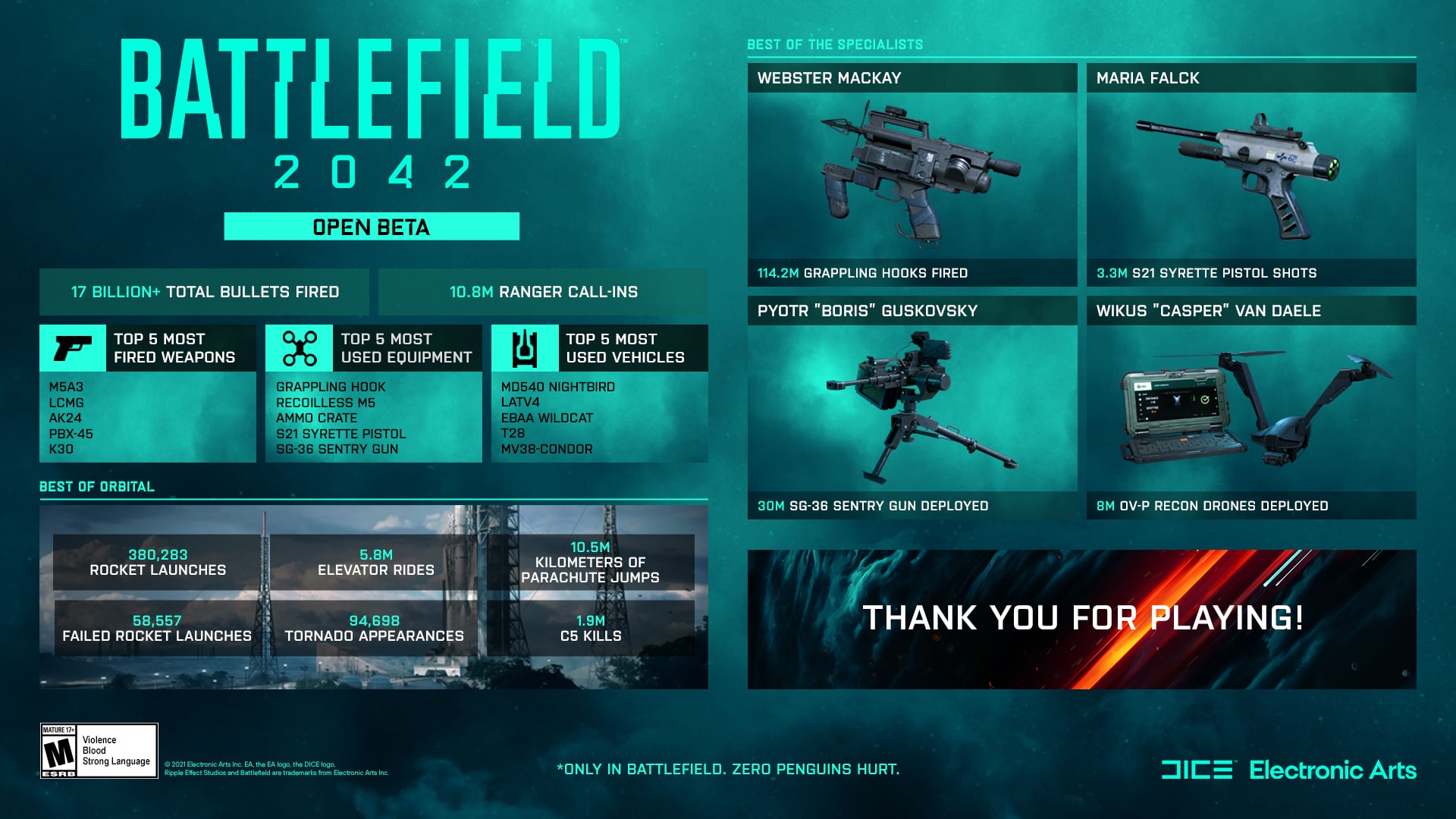 Following the release of the game’s open beta, Electronic Arts and DICE have now revealed the key Battlefield 2042 beta stats which indicate some new information for the upcoming title. Alongside this, the publisher also announced that a post-beta feedback blog will be coming next week, and players can expect some answers for their burning questions for Battlefield 2042 based on the beta.

Without further ado, here are the numbers crunched for the early access play test.

Best of the Specialists:

In case you missed it, our very own Alex Co and Jimmy Lara shared their thoughts on the Battlefield 2042 beta, which you can read here. The Battlefield 2042 Hazard Zone trailer is also set to premiere tomorrow, so stay tuned with us here at MP1st for the details for Hazard Zone as well as the post-beta feedback blog.