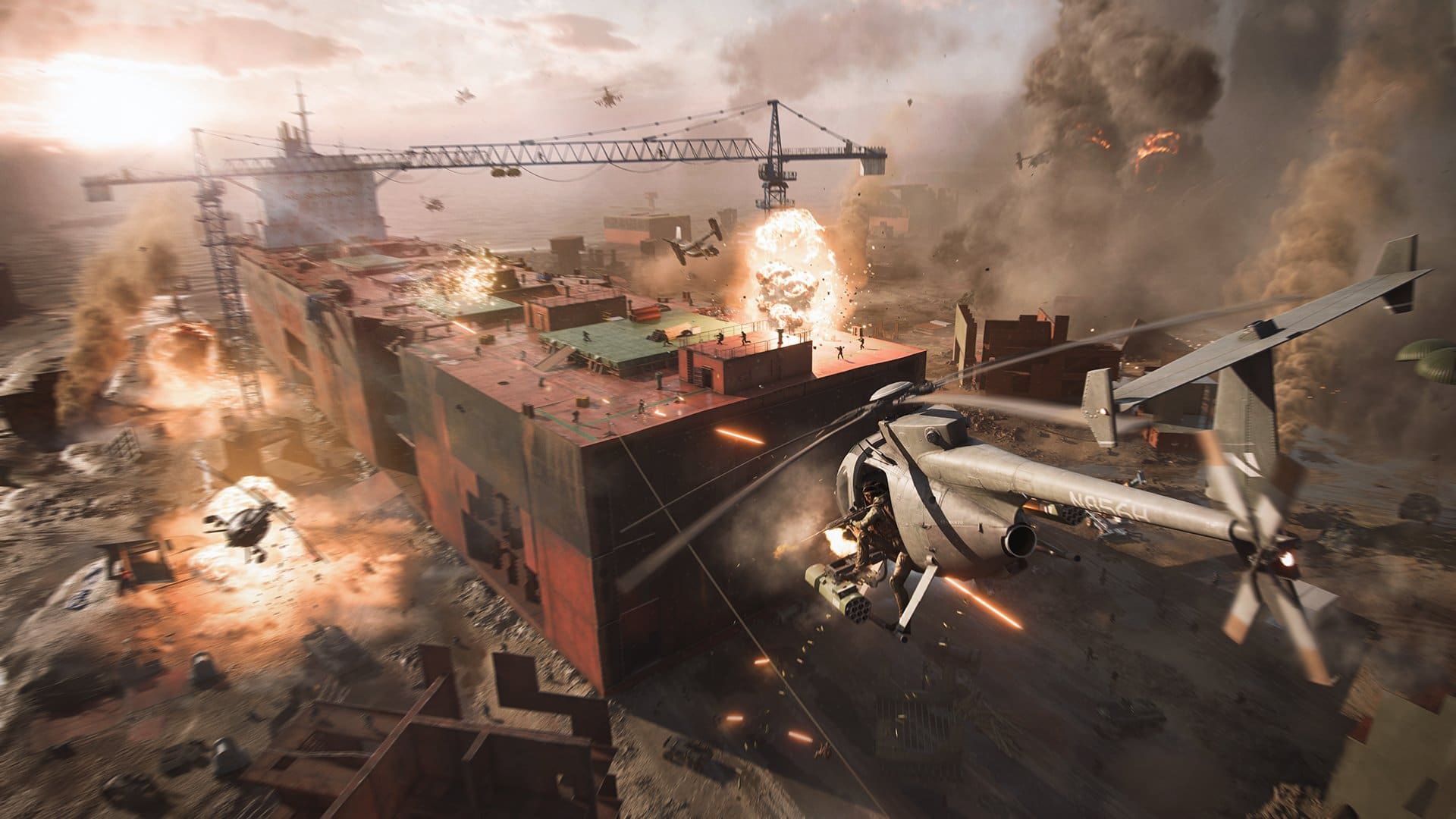 This week, EA announced that Battlefield 2042 garnered over 210 million views since it’s reveal in June, which is very good news. However, even with that and with what EA calls “clear strength of player interest,” the publisher won’t raise the game’s sales expectations per Blake Jorgensen, EA COO & CFO.

I would note that despite the clear strength of player interest so far, it is too soon to raise our unit expectations for Battlefield 2042. As a result, the stronger product mix we are now anticipating for this year, we are raising our expectations for underlying, profit and more specifics are in the downloadable model that we post on our website. – Blake Jorgensen, EA COO & CFO

During the quarterly earnings call’s Q&A portion, analyst Mario Lu of Barclays asked about EA’s statement of not raising unit sales estimates for the shooter.

Mario Lu First one is on Battlefield. So you mentioned you’re not updating your unit sales estimate for the title for – deposit response to sales. So I just wanted to hear your thoughts on in terms of in-app purchases with an upcoming title. How should we frame the opportunity with that new monetization channel as historically with monetized with CSD?

Blake Jorgensen: Yes. What I would say is that don’t take our comments on not updating the guidance on Battlefield in any way as a negative. It is – we ultimately expose the world to Battlefield later than we normally would do. Normally, we do it through early June, E3 or maybe even earlier than that, and we did it in early July. So we’re trying to make sure we pace the disclosure about what’s in the game to people and then measure our demand off of that. But we’re feeling very, very positive about it. And we wouldn’t have raised our full year guidance if we didn’t feel that was a potential for us, and I think it’s an upside for the company longer term during the year.

Perhaps not raising the unit sales expectations is for the best, as we all know what happens to games that underperforms, right?

In the same earnings call, EA explains that for Battlefield 2042, it’s aiming for a long-term relationship and interaction with gamers, rather than just selling them a game for the year.

Marvel Vs Capcom 2 Re-Release Petitioned by Fans, Supported by Latest Studio to Work on Console Release