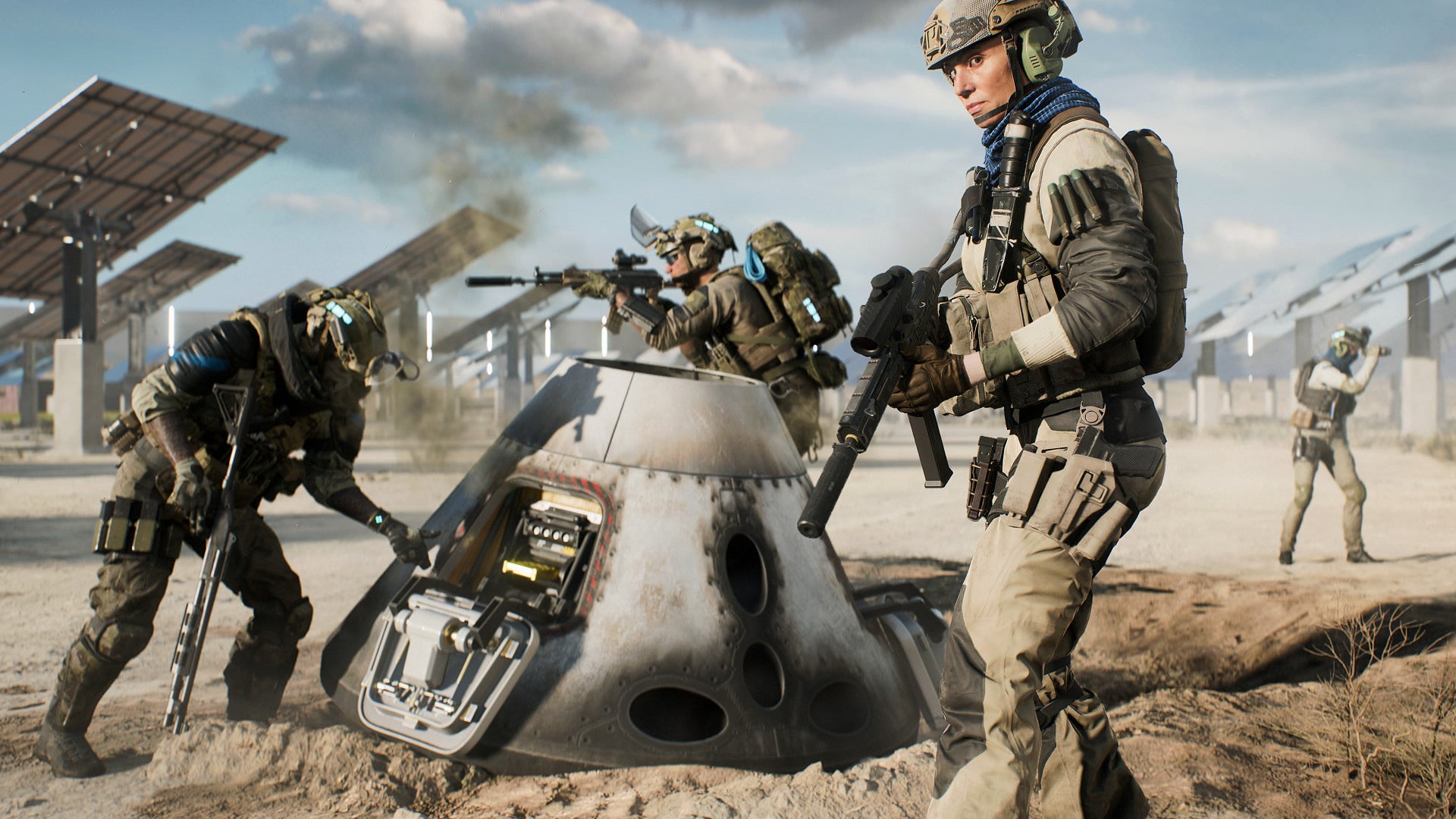 With DICE bringing back weekly missions in Battlefield 2042, they are once again tied to new cosmetics as rewards for completing each challenge. If you’re curious what’s in store for the next few weeks, the Battlefield 2042 upcoming weekly mission rewards have surfaced, showing us exactly what’s coming down the road.

Six upcoming rewards for the weekly missions in #Battlefield 2042 (no particular order):

Full preview of all cosmetics: pic.twitter.com/AJ8yeIatd5

Further adding to the legitimacy of the datamine, last week’s reward (the Snow Blaster) was indeed one of the six listed. In addition to the datamined weekly mission rewards, temporyal has also managed to snag 3D model images of the US AI bots! There’s the Assault, Medic, Recon and Support classes.

I took a closer look at the 3D models of the 🇺🇸 US bots in #Battlefield 2042:

Say what you want about their skills, but they are surely the best looking soldiers out there… pic.twitter.com/B2NXMsu0EP

For more datamined stuff, check out some of the unreleased weapons and even an air vehicle right here. There are also unreleased Christmas skins that got datamined as well. While not official, chances are, these weekly mission rewards are the ones we’re getting this week and beyond.