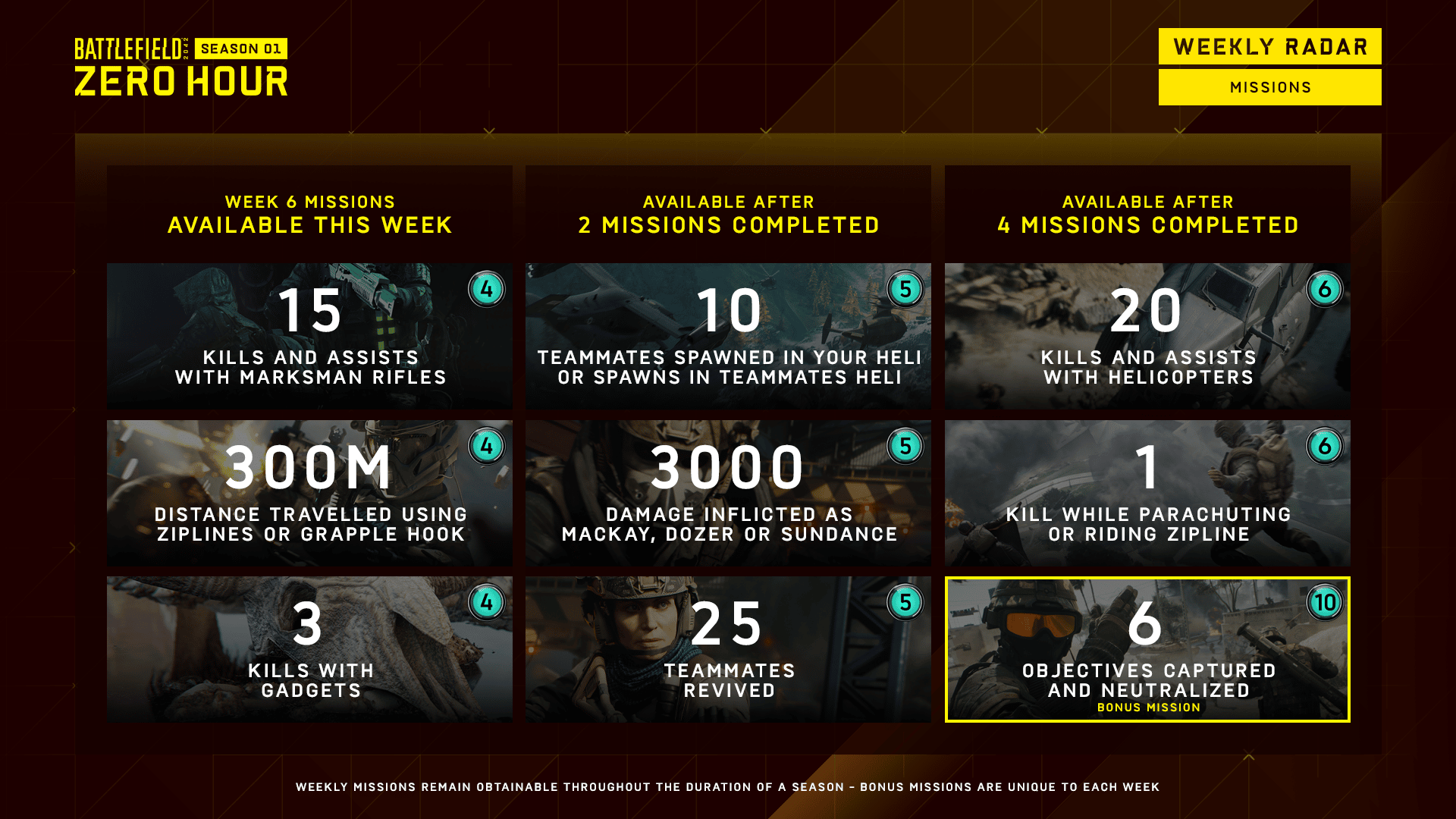 The "Aesthetic Assault" bundle was just added to the #Battlefield2042 Ingame Store:

If you head into the #Battlefield2042 store this week, you'll find yourself a free Weapon Charm called "The Old One"

This Weapon Charm is obtainable until the next Weekly Refresh, so be quick about it! 😊 pic.twitter.com/Zw7Y4uUzQF

That’s about it! Tune in next Thursday for the Week 7 new challenges and more.

In other Battlefield news, check out the Battlefield 3 Reality Mod release trailer, which features a more sim-like approach to the game.