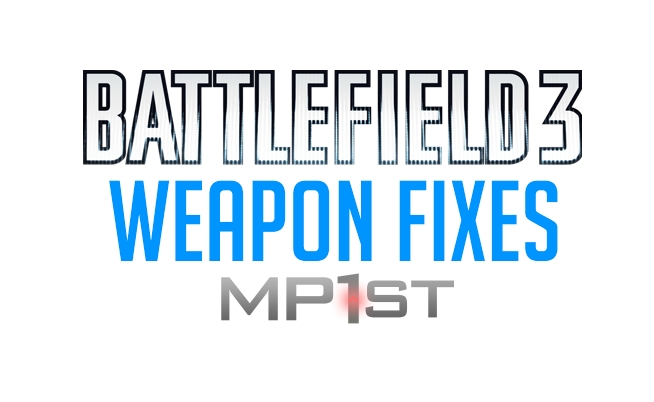 Battlefield 3 Developer, Alan Kertz, talks about buffs and fixes for certain weapons as well as goes into more detail regarding the upcoming weapon attachment rebalance.

If you haven’t yet, read up on the upcoming changes to pistols and suppressors.

It was recently mentioned that the .44 Magnum could be seeing a buff in the near future. Kertz answered a fan asking this question saying, “it could use some love.” Particularly of concern was the rate of fire and range, rather than stopping power, since it’s already a 2-hit kill at close range. Some players have been reporting a bug that prevents the M9 Beretta (and perhaps other pistols) from firing consistently. Apparently, when firing at a steady rate, a click (pull of the trigger) will not register 100% of the time. So far, it seems to be at random. Kertz has stated that it is a “known issue,” and that there is a “fix coming up.” This most likely has to do with the upcoming fix he mentioned for semi-automatic weapons. Lastly, Kertz further clarifies the situation regarding bolt-action rifles. A few players have been asking, “if bolt-actions will get a deadly hitbox at close range, how close will it be? In meters?” Kertz answered, “15m, like a shotgun slug from the 870.”

As for more weapon attachment details, some players have been expressing concern over the use (or uselessness) of the flash suppressor. Kertz assures that “the flash suppressor will be changed to no longer make auto accuracy worse and will also reduce your recoil more than a suppressor.” The drawback so far is that it still will not hide you from the minimap while firing. Others have been asking what will become of the bipod, which seems to be rather under-used at the moment, except for LMG users. Kertz stated that “bipods will be faster to deploy.” He is also “going to look at fixing several bugs with deploy and similar things to make it more usable.”

So far, it looks like Battlefield 3 is well on its way to being able to boast some of the more balanced gunplay included in an FPS yet. Let’s hope some of these other issues like the PS3 VoIP and Input Lag can be sorted out.