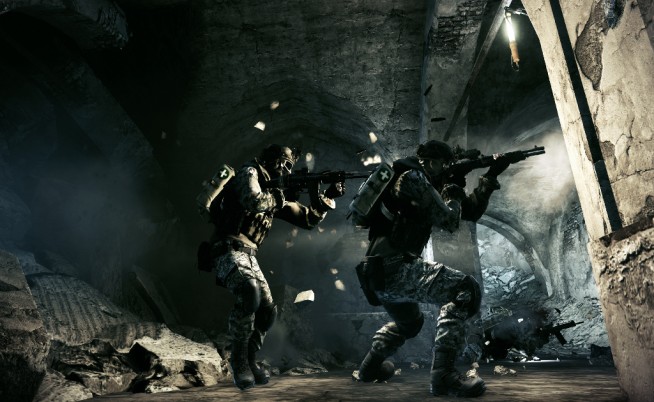 A few days ago, Global Community Manager at DICE, Daniel “zh1nt0” Matros addressed the growing concern of the lack of Official DICE servers on the console version of Battlefield 3, stating, “I’ve heard [the concerns] for a while now and the feedback has gotten louder.”

Since the introduction of the ability to rent Private Servers on consoles, player have noticed the steady removal of DICE servers – servers that provided un-altered game rules and settings and that were not at the mercy of ban-happy administrators. When asked if the removal of these servers was a permanent decision, Matros responded with hope, “everything in the wonderful world of Battlefield is dynamic.”

We’ve learned that change is taking place as DICE officially announced last Friday on Twitter, “we’ll be adding more servers & will reserve a percentage of them for players who prefer DICE servers. Thx for your patience!”

Additionally, an official statement from DICE was sent to GamesBeat clearing up the issue and signifying the addition and maintenance of more DICE servers.

“DICE is not shutting down servers. If DICE-managed servers appear unavailable, it is because they have been rented and customized by players. DICE will continue to add servers and will reserve a percentage of servers for players who prefer to connect through DICE-hosted servers.

As with any new innovation, there may be some confusion among players who are experiencing Custom Servers for the first time.  We encourage players to use server filters and “favorite” options to find the servers that best suit their play style. We have enormous respect for the Battlefield community and are listening to the feedback.  It is our #1 priority to ensure all players are having the best possible play experience.”

So, keep an eye out for more DICE servers in the coming days if that is your preferred way to play Battlefield 3. Don’t forget to check out our Battlefield 3 console server browser guide in order to find servers that best suit your needs.