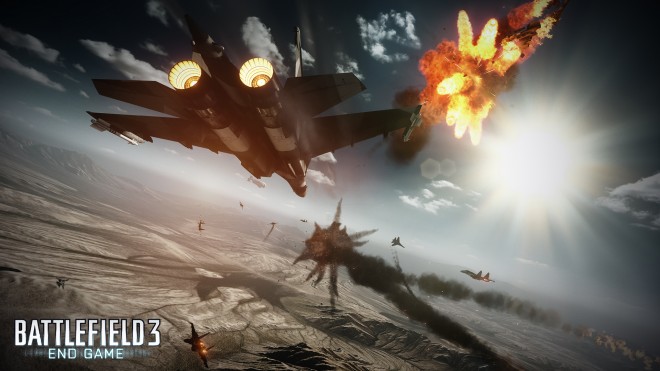 What would Battlefield 3: End Game be without its very own dinosaur easter egg?

Earlier, a floating spaceship easter egg was discovered on Operation Riverside, one of the End Game DLC’s four new maps, referencing the classic Battlefield 2142. You can check that out right here. Naturally, it rose suspicion as to whether or not DICE would ever follow up with another futuristic sequel.

Of course, End Game wouldn’t be a ‘true’ Battlefield 3 expansion without its very own dinosaur easter egg. Arguably, DICE has saved the best one for last with this recently discovered Pterodactyl sighting on Nebandan Flats.

As “Rumpo” says in the video, I think we can all agree that the trolling needs to stop, and that dinosaurs must play a significant role in Battlefield 4 in order to avoid poor sales and a shaky launch. Agreed?

From the guys who brought you the Pterodactyl easer egg above, it seems that FireteamHooligan have also discovered a nice little “teddy bear picnic” on Kiasar Railroad.

Looks to me more like teddy bears being put to work in less-than-acceptable conditions. Somebody call the department of labor!

MP1st reader Mechcell pointed out two additional easter eggs, one of which is once again dino-related, and the other which is related to a family of snowmen.

MP1st reader Dennis found another easter egg, also on Nebandan Flats. He sent in this image below:

Check Out The Gears of War: Judgment Launch Trailer