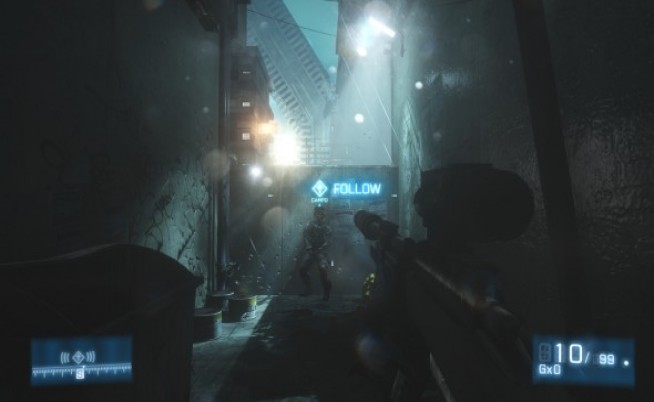 UPDATE 2: After much debate among the community, Kertz has finally decided to follow through on his idea to add a small, upper-chest hitbox that would one-hit-kill a soldier if struck by a bolt-action sniper round.

UPDATE: It looks like Kertz has recently decided against this option saying, “I still am open to the idea of bolt sniper tuning, just not sure exactly what at the moment. Most likely a higher dmg but no body 1hk.” Out of curiosity, we’ve added a poll to the sidebar, so go ahead and vote!

It looks like bolt-action sniper rifles could be seeing a radical change in the near future.

Leading up to the release of Battlefield 3, bolt-action sniper rifles and their ability (or inability) to one-hit-kill an enemy without it being a head shot was a subject of great debate. As many already know, Battlefield: Bad Company 2 allowed one hit kills to the body and it’s what many fans became used to during their time with the game. Of course, some controversy arose when the developers at DICE announced that one hit body kills with a bolt-action rifle would not be allowed in Battlefield 3. Whether this has become the preferred method by the community is still undecided. Perhaps this would make great subject matter in the comment section below!

Fast forward to just over a month after Battlefield 3’s release, Alan Kertz, Core Gameplay Designer at DICE seems to be showing a change of heart. Once again looking to the community for feedback, Kertz mentions that he is “thinking of adding a ‘chest’ hit box that would allow 1HK bolt action shots at close range.” This has yet to be implemented as he is still “looking for Feedback: Trying for a Skill Shot,” he continued.

Kertz was recently asked if it was possible to set sniper rifles to a ‘toggle’ zoom while still keeping a ‘hold’ zoom for other weapons. He replied “not right now, no.” This could possibly suggest that it may be changed in the future.

The AKS47U is another weapon that may also be seeing changes in the future. Contrary to some comments Kertz has been receiving, he stated that the weapon is currently “over powered a bit.” Perhaps we can expect another possible nerf in an upcoming patch.

Could we be seeing a shift in the way bolt-action rifles are used? As always, let us know your thoughts in the comment section below!