With the month of June quickly closing in, many Battlefield 3 fans are getting anxious to find out more about DICE’s upcoming DLC plans. As many already know, DICE has confirmed Close Quarters to drop this June while Armored Kill was announced for fall 2012. Though End Game is officially slated for a Winter 2012 release, recent rumors put it at a 2013 release with a 5th expansion pack called Aftermath to drop before it. Read more on the current rumors of Battlefield Premium and Aftermath here.

Recently, we discovered South African retailer BT Games, which has had a history of legitimate leaks, listing some dates that we could possibly expect Close Quarters and Armored Kill to be released.

This retailer puts the PC version of Close Quarters at a June 11th release date while Armored Kill is slated to release on September 23rd. End Game is listed as “Awaiting ETA.” 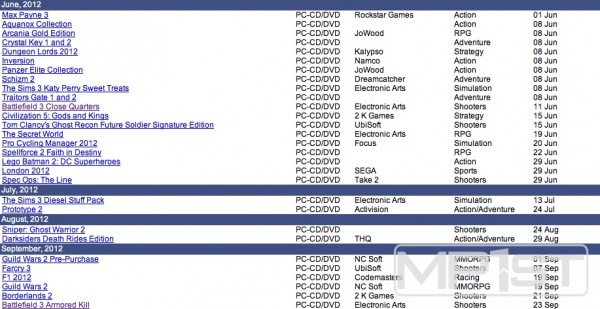 Update: These dates do land on a Monday and a Sunday respectively, so perhaps these could be taken as an approximation. Of course, PS3 users can expect both expansion packs a week earlier than PC and Xbox 360.

You may remember our earlier report confirming Close Quarters to be listed at 14.99 USD which can most likely be said about the following expansions as well.