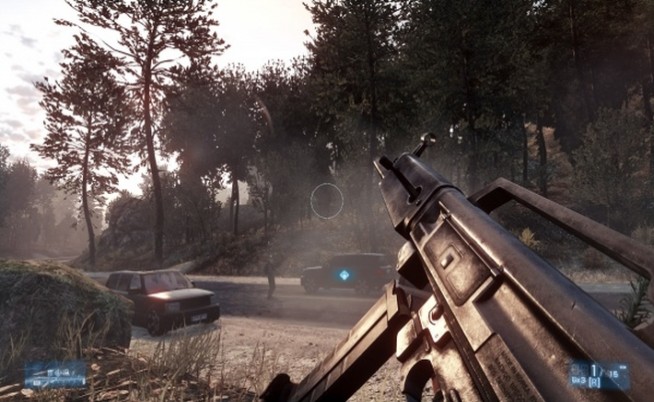 With the recent tentative weapon tweak list making it’s way around the Battlefield community, Senior Gameplay Designer, Alan Kertz, is receiving buckets of feedback to to sift through and take into consideration. Recently, the community has questioned some changes made to shotguns. Kertz provides his thoughts and also comments on the recent tentative patch notes, specifically the absence of Comrose 2.0 notes.

First, if you haven’t checked out the recent weapon tweaks, it might be a good idea to catch up right here.

Many agree that 12g slugs desperately needed some attention and are happy with it’s increase in damage, according the tentative weapon stats. However, some also feel that it’s the accuracy in particular that needs tweaking, not damage. “Damage buff means nothing because they still can’t hit anything on the move,” mentioned one fan. Kertz responded, showing a willingness to make further changes, “one step at a time, it may be that we need to buff accuracy for slugs but first i’ll see how the damage works out.”

Some were also concerned about the effectiveness of semi-automatic shotguns, specifically the spread of the buckshot and flechette pellets. “The semi-autos will have a lower 1hk chance, definitely [compared to pump-action shotguns], but they should also benefit from the ‘jamming’ bug fix. Spread before was 4, is now 3 base, and thus it’s about a 25% bonus. Even more for Flechettes,” Kertz answered.

To summarize the general direction Kertz would like to take with shotguns, he added, “I should say the general goal is to make the shotguns feel less random and more consistent.”

Yesterday, a confirmed list of tentative patch notes was released, which you can check out right here. Many Battlefield 3 players on the PC were disheartened to see the absence of previously mentioned Comrose 2.0 notes. However, Kertz would like to remind us that “the notes are not complete, it is only gameplay tweaks.” There is still a chance of these changes making into the next Battlefield 3 patch.

Let us know your thoughts in the comments below. Do you like the direction shotguns are headed in? Are you desperately awaiting an update to the current Comrose on PC?