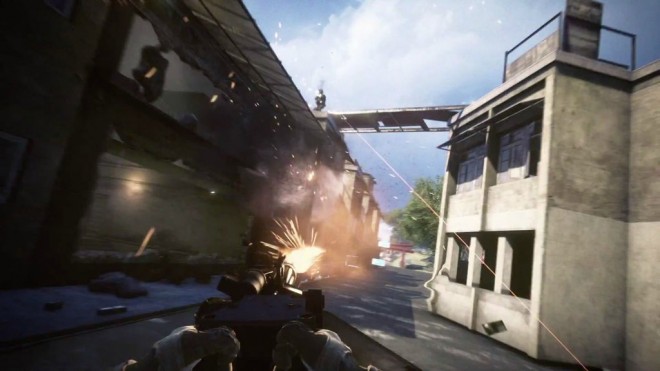 It looks like eager Battlefield 4 fans will not only be able to look forward to some brand new gameplay of one of the game’s more recently introduced multiplayer maps, Flood Zone, but also a first peak at Battlefield 4 running on the Xbox One and PlayStation 4.

You may remember the urban-set, flood-able map from an earlier developer demonstration with EA’s FTW, as well as from a few short clips from some of the game’s multiplayer trailers.

According to YouTube personality JackFrags, incoming footage of the new map can be expected by this Friday, with Xbox One and PlayStation 4 gameplay to follow shortly.

We can also confirm that we’ve received tips from other YouTube personalities regarding incoming footage later this week.

The news is certainly exciting, as the only console footage we’ve managed to witness so far came from shaky, off-screen video from various Battlefield 4 events. This will be the first time we’ve seen Battlefield 4 running on one of the next-gen consoles in high resolution.

You can catch what we’ve seen so far from the PlayStation 4 here and Xbox One here.