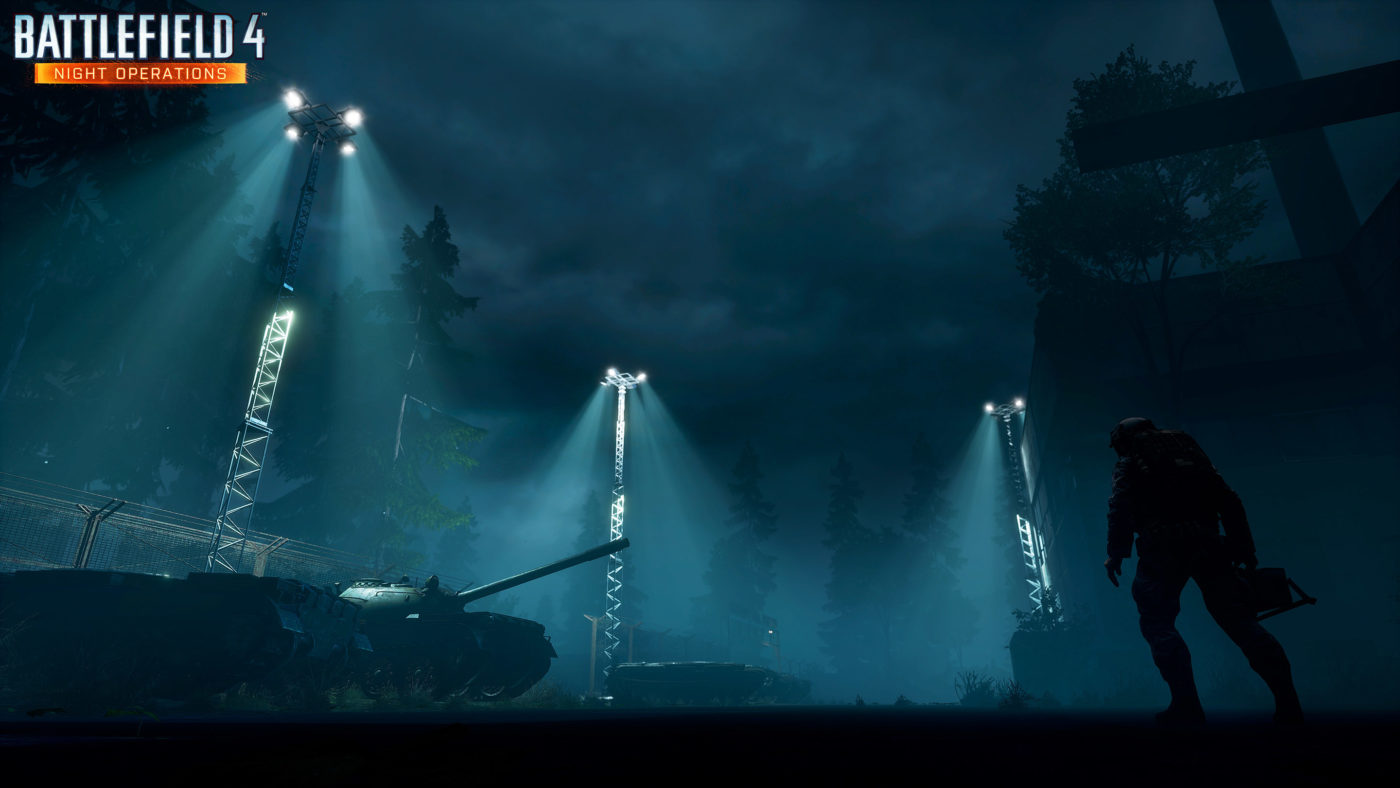 According to DICE, the new update will also bring “several improvements and tweaks to allow for more stealthy and tactical gameplay.”

“We touched things like passive/active spotting to make it easier to flank your opponent,” the studio wrote in a recent blog entry. “We’ve improved the sound system so you can pinpoint where those footsteps come from. Additionally, we’ve also given the gadgets and tools of the night an improvement pass to make them shine in the dark (but less so during the day).”

The Gunmaster game mode is also getting a special weapon preset tailored to fighting in the dark. It will be available on an alternative, darker layout of the map. All standard Battlefield 4 game modes will also be playable on the new map.

Lastly, DICE says the new update will also introduce a “public server team balancer, some weapons tweaks, and additional netcode improvements.” More details on Battlefield 4 Night Operations are coming, but you can check out some footage from a recent playtest above for now.