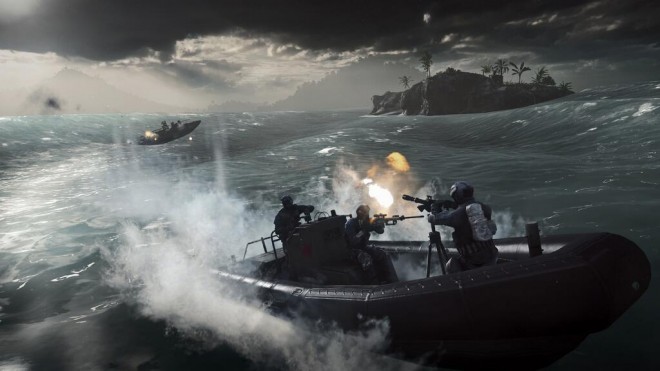 DICE developers Lars Gustavsson and Patrick Bach tell you everything you need to know about Battlefield 4 in a series of videos straight from the show floor at Gamescom 2013.

They talk about all the things, little or big, that make up Battlefield 4 – or, at least all that they can currently talk about at this point in the game.

Interestingly, in response to concerns over the resolution at which Battlefield 4 will play on next-generation hardware, Gustavsson mentioned that the studio is “still working on it,” saying that during the project the teams is “chasing memory and chasing performance, so we haven’t settled…”

Patrick Bach confirms that Commander Mode will even appear in game modes like Rush and Obliteration, though it won’t appear in all game modes, particularly Team Deathmatch. He also goes into some pretty nitty gritty details like shooting in water and the potential return of motor bikes.

There’s a lot more to learn, so check out both videos below!

Inside Obliteration with Lars Gustavsson

Vehicles and Levolution with Patrick Bach